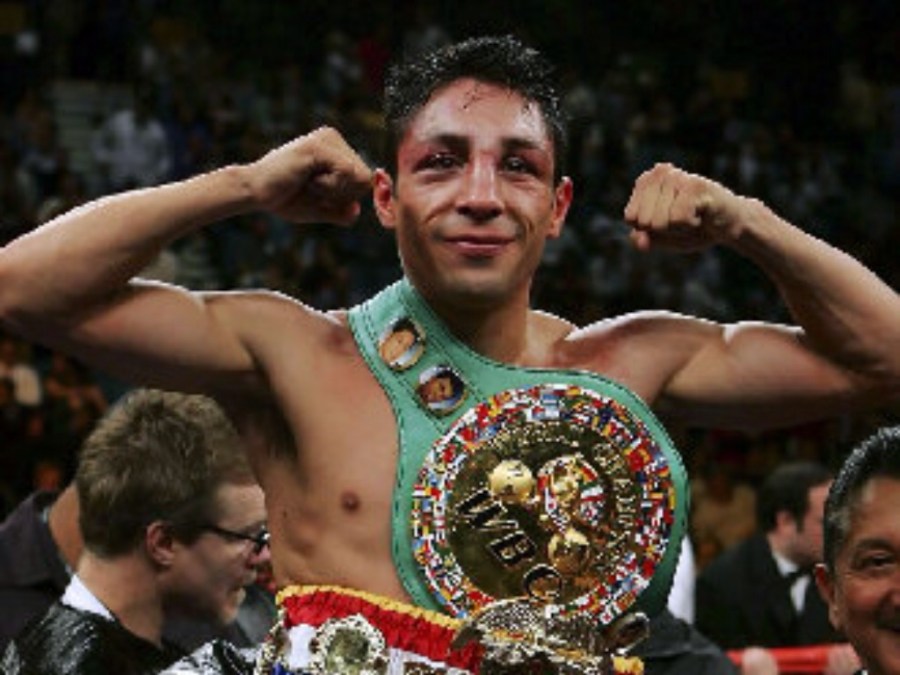 GIVEN his brace of Olympic gold medals and his staggering popularity in China, great expectations have been invested in Zou Shiming. His style of boxing was never particularly well-suited to professional fighting but his last outing was an impressive 12-round scrap with Kwanpichit Onesongchaigym, a fight that was uncharacteristically exciting too. “I really felt like a professional fighter. That was a turning point for me, a landmark fight,” Zou said. “I don’t need any more fights to prepare me to challenge for a world title.”

Shiming’s world title fight will take place on March 7 in Macau against IBF flyweight champion Amnat Ruenroeng, an old acquaintance from the Chinese star’s amateur days. Looking back on their three unpaid contests, Zou said, “He is good at gauging the distance between us to land his punches. He’s very lengthy with his reach. He was also very good at timing his punches.”

Zou came out of their series ahead and with home advantage for their title fight he is understandably confident. “Expect me to be champion,” he said simply. “I really want to win the world title and bring it back to China. It would be the first time a Chinese fighter won Olympic gold and a world championship belt as a professional. No one has ever done that. I want to make my country proud and advance the sport of boxing throughout China.

“I am ready for my date with destiny.”

The latest issue of Boxing News magazine contains full coverage of the making of the Floyd Mayweather-Manny Pacquiao mega-fight, answers all the key questions and we speak to those closely involved, available NOW on the Boxing News app, on Google Play, iTunes or from www.pocketmags.com