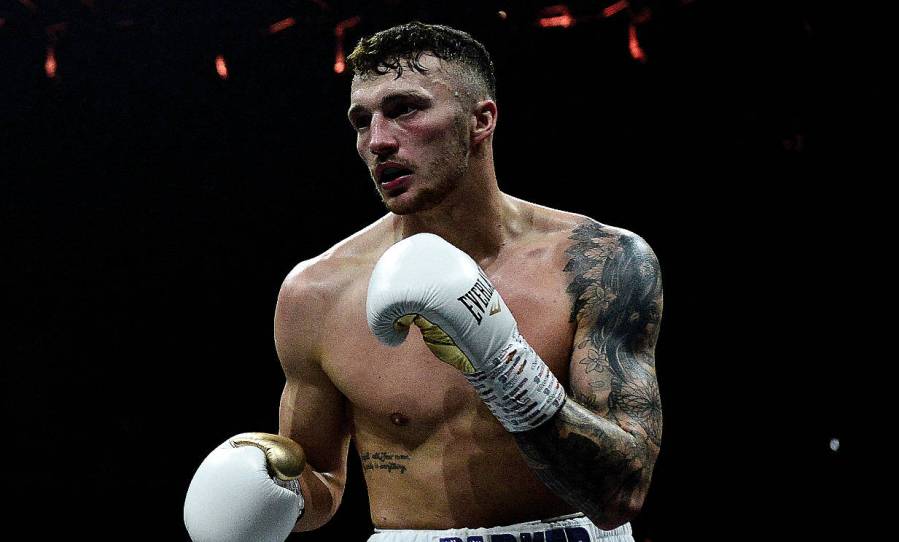 Against Marcus Morrison, Zach Parker needs rounds as he tries to build a case for a big fight

A FEW hours before Saúl ‘Canelo’ Álvarez and Caleb Plant clash to determine the super-middleweight champion, Zach Parker, who has world level aspirations at 168lbs himself, headlines in Birmingham.

Parker is not in the Boxing News’ top 10 but is currently ranked number one by the WBO (make of that what you will). Canelo is the current owner of that strap. Promoter Frank Warren has said he would love to bring the Mexican to Pride Park, the home of Parker’s football team, Derby County.

More likely is that Parker will find himself fighting for the vacant belt, particularly if Alvarez wins and looks elsewhere for his next challenge.
Daniel Jacobs, ranked five by BN, is currently number two with the WBO. But Eddie Hearn, his promoter, is keen to make a match between Jacobs and No.2-ranked light-heavyweight Joe Smith Jnr instead. Whatever happens, if Parker wins here, he could be fighting for a recognised strap in his next bout.

Morrison will have his own plans and the 28-year-old from Manchester has pulled off a shock result before.

In July, 2019, he upset former European middleweight champion Emanuele Blandamura (29-3) in Rome. The 39 year-old Italian looked to be on his way to a points win before Morrison cracked him on the chin in the ninth of their 10-rounder.

That set up Morrison’s biggest fight to date, against Chris Eubank Jnr (29-2) in May. Morrison had his moments in the 10-rounder without ever really looking like he was going to win.

For much of the fight, Morrison fought at Eubank’s pace and all three judges scored 98-92. That was his fourth defeat.

The Welborn fight came a bit early, he could have got the nod over Booth after a scrappy four-rounder and was possibly undermotivated for Warren.

The Morrison who beat Blandamura was athletic with quick fists and reflexes.

He has yet to be stopped in a career spent campaigning mostly at 160lbs.

The feeling is that Parker, trained by Errol Johnson and managed by Neil Marsh, needs some rounds before stepping up to challenge for a major belt.

His last two opponents weren’t up to the job.

Vaughn Alexander (15-4) and Sherzod Khusanov (22-2-1) were veterans – 35 and 41 respectively – who hadn’t been stopped and Parker blew them both away inside two rounds apiece.

Parker has stopped his last four since undergoing shoulder surgery after grinding out a points win over Darryll Williams (17-0) for the vacant British title three years ago.

That sequence includes an 11th-round stoppage of Aussie Rohan Murdock (24-1). Parker looked to be edging it on points and when Murdock tried to rally, the Midlander found an extra gear.

Parker has shown he can dig in.

He looks hard to beat, a switch hitter with long arms who hits opponents with hard punches they don’t see coming.

Parker soon had Alexander hurt and bewildered and Kashtanov found himself on the floor from a crunching body punch when he expected a head shot.

Morrison has a decent punch himself – 16 early wins – and a good jab, but Parker looks better in every department, is more versatile, bigger and can win on points.

For Evans, now with Errol Johnson’s busy BCB stable after starting out with Ricky Hatton, it’s his first fight since he exited Ultimate Boxxer on points to Drew Brown (8-0) down at 147lbs in April 2018.

Evans finds plenty of reasons to be positive, saying he’s under no pressure, is stronger at 160lbs, but Bentley has talent and can punch.
Against Cash, he made too many defensive mistakes, but he should have too much for Evans and can win by halfway.

Huge ticket-seller Nathan Heaney, 13-0 (5), should ultimately prove too strong for Sladan Janjanin of Bosnia And Herzegovina.

Janjanin, 30-8 (23), was last seen in a British ring in 2019, when he went the full eight with a below-par Martin Murray. There is little else on his record to suggest he’ll be a threat to Heaney. His job here is to go rounds and make Heaney look good, after all.

If the 30-year-old doesn’t come with much ambition, Stoke-on-Trent’s Heaney should become the sixth man to stop Janjanin.

The rest of the bill is loaded in favour of the ‘home’ fighters. They should all come through with their unbeaten records intact and much-needed paydays in their pockets.

The Verdict Parker should have the edge in every department.