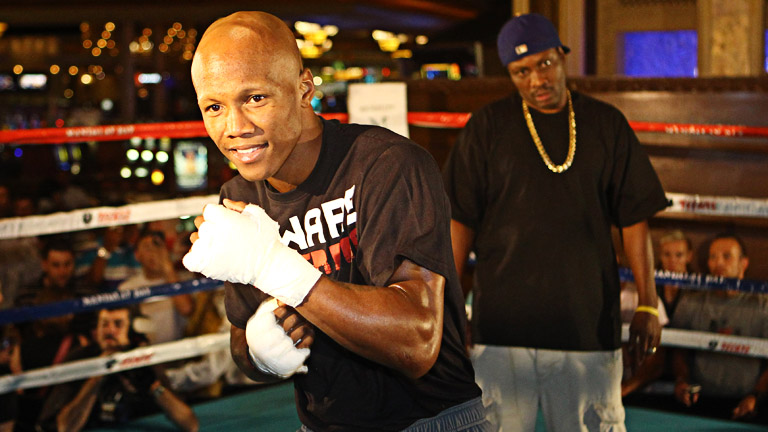 Zab Judah first trained with Pernell Whitaker when he was just 16 years of age and learnt more than just defence, writes Elliot Worsell

FOUR weeks after Zab Judah was released from hospital following a brain bleed, a hero of his was hit by a car and tragically passed away at the age of 55.

‘Super’ no more, in the space of a month Judah and Pernell Whitaker proved to be mortals like the rest of us.

In many ways, Judah and Whitaker, ‘Super’ and ‘Sweet Pea’, shared more than just a stance, style and profession. As slick, spiteful southpaws, they had been inextricably linked since Judah’s teenage years and Judah would not only train with the legendary former four-weight world champion but could later be seen in his corner during Whitaker’s iconic 1997 fight with Oscar De La Hoya. Given their closeness, comparisons were inevitable.

“I learned defence first,” Judah, now 41, told Boxing News. “That was the first thing my father (Yoel) taught me. He said the art of fighting is this. He had a slogan: ‘If a man can’t hit you, a man can’t beat you.’ Basically, the more you hit him, and he doesn’t hit you, the better it is for you.

“My dad allowed me to go ahead and train with Pernell Whitaker when I was 16, so I went to camp with Pernell to spar and learn.

“Oh my God, it was amazing. He was a different kind of guy. He was different. Pernell was to the point. If he rocked with you, he rocked with you. If he didn’t, you knew he didn’t. There was no fake s**t with him. He didn’t say, ‘Hey, how’re you doing?’ He just wouldn’t say s**t to you. He’d say to your face, ‘Hey, man, you know I don’t like you, so I’d advise you to stay over there.’ He was a blunt guy like that.

In September 1996, Judah, just 18 years of age, defeated Michael Johnson via second-round stoppage to mark the start of a stellar professional career. That fight at Miami’s James Knight Convention Center was on a card topped by, you guessed it, Pernell Whitaker, who successfully defended his WBC welterweight title against Wilfredo Rivera. In a twist to proceedings, at least as far as their relationship was concerned, Judah went first that night, and Whitaker followed.

“One hundred percent he influenced my style,” said Judah, a two-weight world champion who officially retired following a loss to Cletus Seldin in June. “I based my style on Pernell, Mike Tyson, Marvin Hagler and Joe Louis. All those guys I would study and watch and from them I made Zab Judah.”

For the full interview with a recovering Zab Judah, grab a copy of this week’s Boxing News (digital, August 13 / print, August 15).