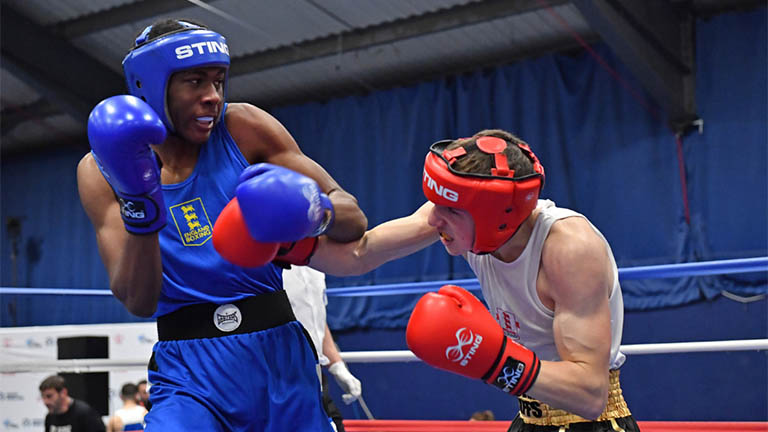 After the shocking scenes in Coventry, the final stages of the England Boxing Youth championships will still be saved, writes John Dennen

THE England Boxing Youth championships had to be abandoned on February 15 after an appalling incident of large-scale violent disorder occurred between two groups of men at the Sports Connexion venue in Coventry. Warwickshire Police have since said that a 35-year-old man from London was arrested on suspicion of violent disorder in connection with the incident and has been released on police bail.

The police continue to work to identify all those involved and are appealing for information from those in attendance who may not have come forward yet. Anyone with any information is asked to call 101 quoting incident number 304 of 15th February 2020. Alternatively, information can be given to independent charity Crimestoppers anonymously on 0800 555 111 or via their website.

The remaining semi-finals and finals however will be saved. The remaining contests will be staged at the Birtley boxing club this weekend Saturday February 29 to Sunday March 1.

All bouts though will be boxed behind closed doors, with only boxers and their England Boxing-affiliated coaches allowed access to the venue.

The event however will be live streamed on the England Boxing YouTube channel so family and friends will still be able to watch the bouts.

“We were all shocked and saddened by events at Coventry that did not allow the England Boxing National Youth Championships to be boxed through to completion,” said England Boxing’s Competitions and Events Manager Lynsey Lockey. “We are determined that boxers should still get the opportunity to box for the right to be a national champion after all the sacrifices they, their coaches, their clubs and their families have made to get them to this point.

“Our thanks go to Birtley, which has regularly and successfully hosted key regional events, for stepping in to act as the venue at such short notice and making sure that the continuation of the championships happens.

“We would also thank all those who have offered support to ensure the event can proceed.”