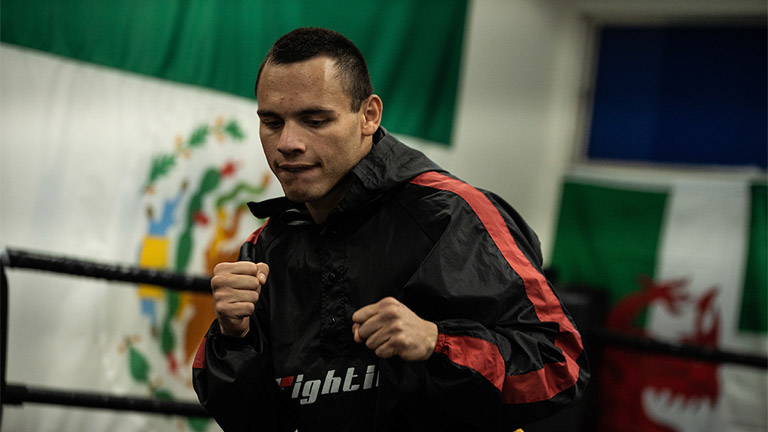 Boxing News readers on the career of Chavez Junior, the 100 greatest amateurs and more

DANIEL JACOBS’ fight with Julio Cesar Chavez Jnr was one of the final televised bouts of the year and I hope that it also marks the final appearance of Chavez’s chequered career. Whereas earlier on in his pro career he dined out on the name of his legendary father to his benefit, it is now his name that others – such as Jacobs and Canelo Alvarez – are dining out on. Having the Chavez scalp on their records is something that appeals to fighters. It is unfortunate that this ill-disciplined son of a legend could never handle the weight of his father’s crown. Paul Thorpe

GHOSTS OF PHILADELPHIA
I HAVE just finished reading the Ghosts of Philadelphia feature in the December 19 issue. What a fantastic piece of writing by Tris Dixon. The legendary names and places that he mentioned made me again hear the sounds of boxing boots on resin and canvas, and of boxers using the skipping ropes, punching the bags and the focus pads. I could hear the drumming of the speed ball, and could almost smell the sweat, the rubbing oils and the stale scent of most boxing gyms. Above all, I could actually feel the atmosphere that his writing created. I really believe that this article deserves some sort of real recognition. Well done, Tris. Let’s have some more. Mac Eden

FROM BOYS TO CHAMPS
TOWARDS the end of last year I released a book (available on Amazon) called From Boys to Champs on Middlesbrough boxing legend Marty Turner. Marty gave 42 years of his life to grassroots boxing, from the amateurs right the way through to the pros. In my opinion, the real old-school boxing coaches like Marty are a dying breed today. It is men like him who do it all for free and put in years of hard work behind the scenes, helping to keep kids off the streets, which should never be forgotten when some of these kids eventually turn over into the pro ranks. Marty coached Middlesbrough’s greatest ever pro, Cornelius Carr, among others. He was one of the proper coaches – the true royalty of the sport. Jamie Boyle

100 GREATEST AMATEURS
I READ with interest Malcolm Meredith’s list of the 100 greatest amateurs (January 9 issue). I respect any man’s opinion when it comes to the noble art, and ranking fighters from different eras is always fraught with difficulty. However, I don’t believe there have been 37 better amateur boxers than Mark Breland. He was an absolute phenomenon. Derek Bilton