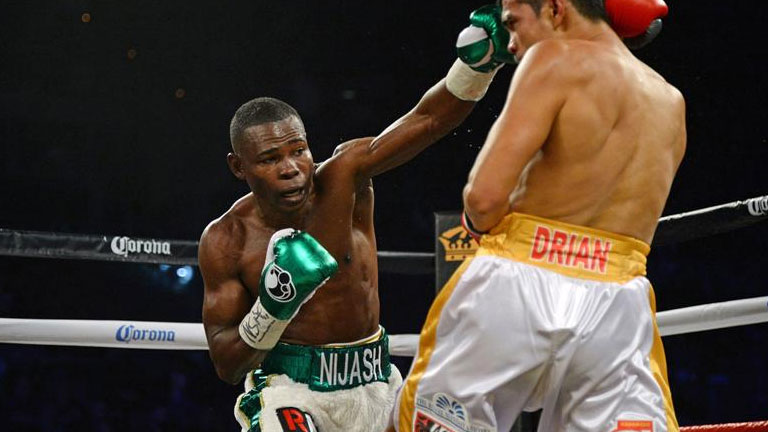 DURING the recent Guillermo Rigondeaux-Liborio Solis fight, it became apparent to me that boxing doesn’t always appreciate its stars until they’ve hung up their gloves. After Rigo abandoned the ill-advised tactics he deployed in round one of holding his feet and countering from behind a high guard, the vintage Rigo appeared. From the second round onwards he laid on a masterclass, in my opinion. Solis couldn’t lay a glove on him and very nearly didn’t hear the final bell after tasting Rigo’s sniper-like left hand. At times the crowd booed. Would the crowd have booed other defensive masters, such as Floyd Mayweather, Pernell Whitaker or Willie Pep? Rigo, the smaller man on the night against Solis, is still one of the best operators in the bantamweight/super-bantam divisions. He should be appreciated as one of the greatest defensive boxers ever to lace up a pair of gloves. Had he stayed in the unpaid code, he would undoubtedly have topped the Olympic podium in 2008 and maybe even 2012. At 39, he is certainly coming to the end. Perhaps when he is finished everyone will appreciate his greatness. Jamie Ingleby

HEADING FOR THE HALL?
WITH Bernard Hopkins, Juan Manuel Marquez and Shane Mosley set to be inducted into the International Boxing Hall of Fame later this year, it got me thinking, if Deontay Wilder demolishes Tyson Fury in their upcoming rematch, will he be Hall of Fame worthy? Wilder has successfully retained his world heavyweight title on 10 occasions so far and he’s arguably the biggest puncher of all time. I believe he’s currently heading in the right direction. Mike Hills

JIMMY THUNDER, 1966-2020
I WAS saddened to hear that Jimmy Thunder passed away at age 54 in New Zealand on February 12, due to complications of a brain tumour. He was a real good guy and a true professional. It was my pleasure to be associated with Jimmy. He was a good fighter who gave the fans a lot of exciting fights when we promoted him, especially on the Tuesday Night Fights series on the USA Network, where he had one of the fastest knockouts in boxing history when he KO’d Crawford Grimsley in 13 seconds. Included in his record, that read 35-14 with 28 knockouts, were wins over three former world heavyweight champions in Tony Tubbs, Trevor Berbick and Tim Witherspoon. My heartfelt condolences go out to Jimmy’s family.
Artie Pelullo, President of Banner Promotions