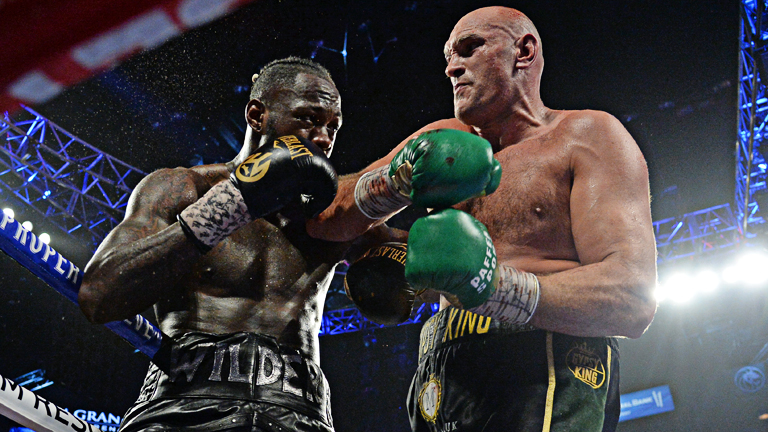 SUPERLATIVES are often overused in describing sporting achievements, but in the case of Tyson Fury’s astonishing performance against Deontay Wilder to win the WBC heavyweight title they are well deserved. Fury’s fantastic achievement in beating Wilder was a tactical masterclass. He outboxed and even outpunched one of boxing’s most feared punchers. The next step now is surely a unification fight against fellow Brit Anthony Joshua. Let us sincerely hope that contractual issues and politics between promoters do not deny the public, or indeed the boxers, of this historic fight. David Doe

DEMOLITION JOB
I DOUBT I can say any more than has already been said about Tyson Fury destroying, schooling and systematically breaking up the big-hitting heavyweight champion Deontay Wilder. I’ve been watching boxing for 50 years, but what I saw Fury produce was epic, historic and just amazing. I can best put it like this… When you buy something from a shop, a quality product, you expect it to do what it says on the label. As my adult sons and I gathered to watch the fight on TV, we hoped that Fury and his training team could deliver what they said was on their label – added weight, taking the centre of the ring, going for the KO. My goodness did they deliver all they had promised. It was a demolition job. Ray Fox

WEMBLEY STADIUM BECKONS
ONCE again, Tyson Fury has proved what an intelligent man he is. His educated boxing display against Deontay Wilder really was a pleasure to watch. Wilder was schooled on the noble art of the sweet science. With Fury now owning the fabled green WBC belt, and with his willingness to fight anyone, surely Fury versus Anthony Joshua at a sold-out Wembley Stadium can’t be that far off? Owen Hollifield

RIGHT CHOICE FROM BRELAND
ALTHOUGH I fancied Tyson Fury to beat Deontay Wilder in their rematch, I’m not going to claim to have predicted the fantastic performance that Fury produced. It was brilliantly unexpected. In my opinion, Wilder’s trainer, Mark Breland, saved his fighter’s career and perhaps more by pulling his man out so he could fight another day. Jamie Ingleby

BACKING UP HIS WORDS
NOT bad for pillow fists! Tyson Fury is a class act who talked the talk and walked the walk against Deontay Wilder. Neal Parker