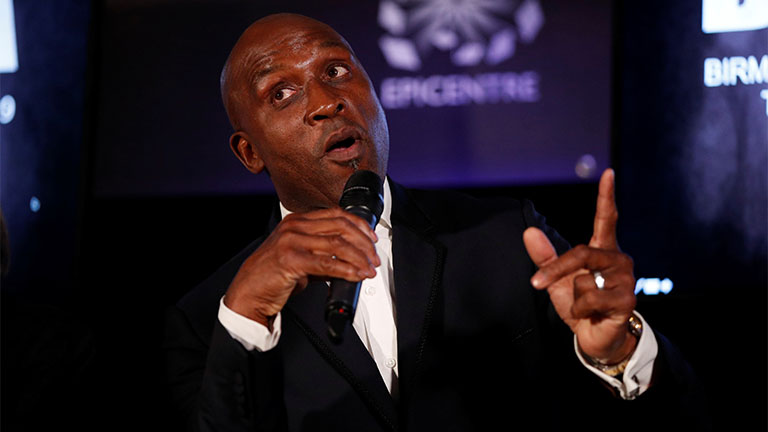 IT’S very rare that I get agitated, but I am about the prospect of Nigel Benn fighting Sakio Bika. I fear for the health of a fighting legend I admire, and further fear that this fight could badly damage the reputation of boxing and its ability to continue as a mainstream sport. Nigel looks very fit, and I’m sure he would still be capable of knocking out a line of tough guys in the gym, or even some current boxers fighting at a lower level, but he hasn’t won a fight since 1995. Bika is 15 years younger, won two fights in 2017, and as recently as 2015 went the distance in a WBC light-heavyweight title fight against ferocious puncher Adonis Stevenson. If neither Stevenson, nor Andre Ward, nor Joe Calzaghe could stop Bika, Nigel has no chance of doing so. So Nigel is going to end up in a distance fight with a rough, tough, younger man who is not that many years removed from top level fighting. This must not happen. Please, Nigel, think of your fans, think of your sport, think of your health.
MICHAEL BOOTH QC

WHAT A CLASSIC
YOUR faith in boxing gets restored when the best fight the best and put on a show like Errol Spence Jnr and Shawn Porter did. With so much wrong outside the ropes, it’s what happens inside the ring that matters. It reminds you of why you love and admire the sport in the first place. Spence and Porter put it all on the line to produce a classic that will surely make your top 10 “Welter Belters” the next time you run that feature. Despite many rounds hard to score either way, you can’t say there was any controversy even though the judges were divided. Let’s hope we get to see more epics like that if the powers that be can get the right fights made.
DERMOT BOLGER

SHOW YOUR SUPPORT
WHAT a great evening at the Royal Lancaster Hotel last Friday for the Annual BBB of C Awards Dinner. All credit goes to deserved Boxer of the Year, Callum Smith, and Boxing News Trainer of the Year, Joe Gallagher, for actually being there in person to collect their awards. But where are all the other current or recent boxers and promoters and all the other boxing luminaries? The evening, which is a very polished affair, is a credit to Robert Smith and Matt Trowbridge and all at the BBB of C. But an evening that celebrates British boxing and most importantly to raise vital funds for the Boards Charitable Trust that helps those less fortunate in the boxing community needs and deserves more support from the top stars. Those that have so clearly enjoyed the immense riches of success in boxing should put something back and support an evening that supports boxing and those many ex boxers, such as the outstanding former WBC flyweight champion; Charlie Magri, who I had the privilege of sitting next to at the dinner and who has recently struggled. More of those at the very top in boxing should reflect on how they can help the many that aren’t.
DAVID DOE