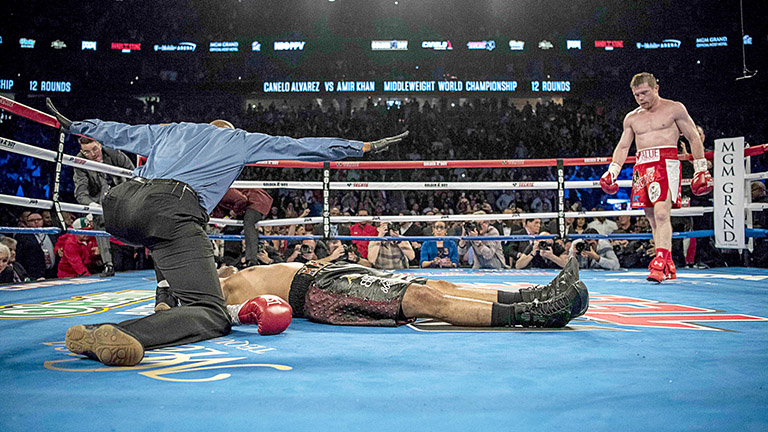 I WAS pleased to read Terry Dooley’s report in the September 26 issue on the consequences of head trauma in boxing. It’s right that Boxing News and other outlets raise awareness of the dangers of the sport – a reality all fans must grapple with. Improving safety is vital but boxers should also be encouraged to prepare for a progressive or sudden deterioration in cognitive health. An Advance Decision allows people to record what treatments they would want to refuse should there come a time when they can’t make decisions for themselves. Making an Advance Decision wouldn’t prevent harm to boxers, but it would ensure the medical care they receive is in line with their wishes, which can help reduce distress for all involved. The charity, Compassion in Dying, has a website – www.mydecisions.org.uk – where people can make an Advance Decision for free and they also provide support to fill in the form on their freephone number, 0800 999 2434. In a sport where short careers can be cut even shorter there is much emphasis on boxers making sound financial plans, but planning ahead for treatment and care can be just as important. Lloyd Riley

MEETING A HERO
I FELT very honoured this weekend (Saturday October 12) to have met one of my favourite boxers from my teenage years and early 20s – former British/European super-lightweight and European welterweight champion and twice world title challenger Dave “Boy” Green MBE. He and his wife made me feel very welcome. He signed my copy of his book and we had a nice chat about his boxing days. John Eaton

STOP THE MUSIC
I HAVE been watching professional boxing since I was 15 years of age. I am now 81 years old and I am baffled by the way the current promoters conduct their shows. Frank Warren and Eddie Hearn, our two top promoters, seem to think that it is a good idea to play loud music when the bell sounds to end a round. How on earth can the boxers clearly hear the instructions they are given by their seconds? I was at the contest between Vasyl Lomachenko and Luke Campbell, and when the bell sounded to end the rounds the dreadful and very, very, loud music was played. I could hardly hear the person sitting next to me, so the boxers must have the same problem. York Hall shows are just the same, as was the most recent Leeds show which featured Josh Warrington. You would think promoters would have more sense. Let’s be fair, if you want to hear this blaring music you should go to a disco, not a boxing promotion. Raymond Lee (Essex EBA secretary)