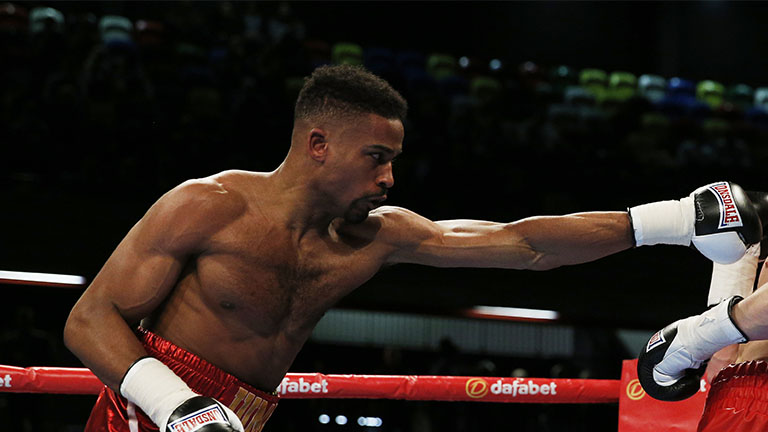 I WAS quite upset when I read in the national press that a professional boxer in the UK reportedly only earns £17,000 a year on average. I’m 82 years old and I’ve been following the sport since I was 10. We all know that boxers got ripped off in the old days, and it sounds like it’s still happening today. It’s little wonder that so many boxers have to have a second job outside of boxing. Earning £17,000 a year is not enough for a boxer to support a family, on top of paying his manager, trainer, sparring partners etc. A lot of boxing shows around the country are well attended, plus many are picked up by TV stations. So it’s a shame that the boxers don’t receive more of the money that is generated. John Dell

ALIVE AND KICKING
I CAN’T believe how healthy boxing is looking right now. The sport is setting post-World War II attendance records and expanding into the Middle East. We have so many platforms on which to watch and listen to the noble art. And there are many elite fighters in various divisions. Look at the welterweights, for example. I don’t remember the 147lb division ever being so healthy and full of top-class fighters ready to share a ring with each other. The heavyweight story is unfolding too – it’s like the mid-1990s again! We have Anthony Joshua, Deontay Wilder, Tyson Fury, Dillian Whyte, Oleksandr Usyk, Oscar Rivas, Joe Joyce, Joseph Parker, Michael Hunter and Daniel Dubois, plus many top-class amateurs serving their apprenticeships. I defy anyone to logically say that the sport is struggling. I’ve been a boxing nut since the 1970s and it’s never been this exciting. Forget the Mike Tyson era – it wasn’t that exciting. Tyson was just too dominant during his peak for it be this fun and competitive. The 2020 season promises much positivity and excitement. It’s going to be a fun ride – bring it on! Mike Hills

DREAMING OF JOSHUA vs FURY
WE have had some great fights over the last year or so. Looking ahead, we have even more to look forward to. However, a potential Anthony Joshua-Deontay Wilder fight is, in my opinion, not one of them. I think Wilder would knock Joshua out around the midway point of a boring fight. Much more interesting, I think, would be Joshua versus Tyson Fury. It’d be more of a chess match, with Fury prevailing on points. For the record, I think Fury will outpoint Wilder in the rematch next month, as should have been the case the first time around. Simon Collins