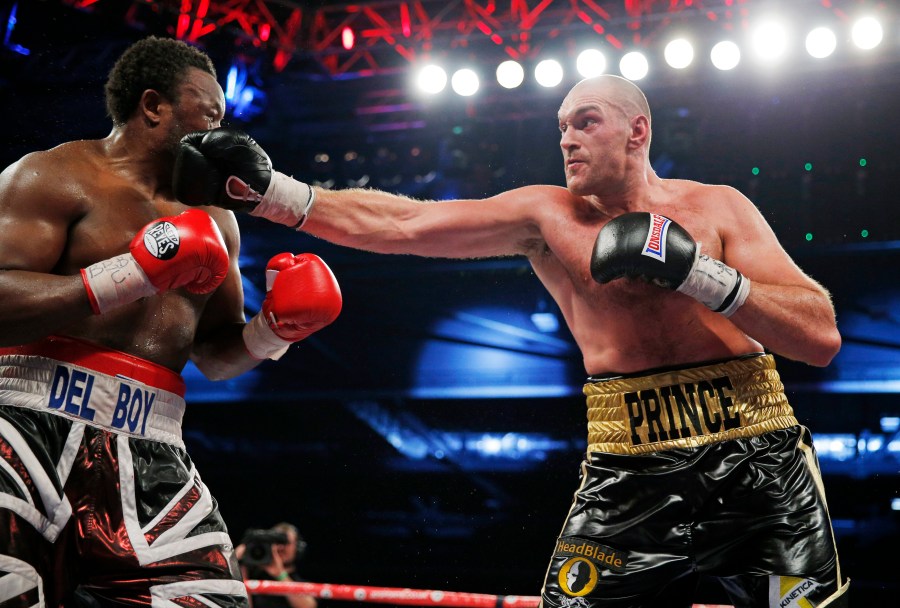 THE cousin of former world heavyweight champion Tyson Fury, Hughie Fury believes the troubled fighter will be back in boxing in 2017.

“Hopefully you should see Tyson back this year. His head’s getting better now so he should reclaim his titles, hopefully soon,” Hughie told his television broadcaster, BoxNation. “He seems in a better place.”

In the mean time Hughie expects to win back one of the titles Tyson used to hold. The younger Fury is gunning for the new WBO heavyweight champion Joseph Parker. “Hopefully it’ll happen in my hometown Manchester. I don’t care where it’s at, if it’s in New Zealand, if it’s in the desert, it doesn’t bother me. I’m going to let my fists do the talking and I’m going to take his belt home with me,” he said. “I just want to fight good fights now and fight the best out there.”

Promoter Frank Warren told BoxNation, “When Parker fought [Andy] Ruiz it was on the understanding that the winner of the fight, which was Parker, makes a mandatory defence against the next available, which was Hughie. It could have been David Haye but it was Hughie, and I did that based upon a 60-40 split on the purse bids. So we’ve got a real good chance, if we wind up going right to the wire with the purse bids of winning the fight. It’s a fight I feel like Hughie can win.”