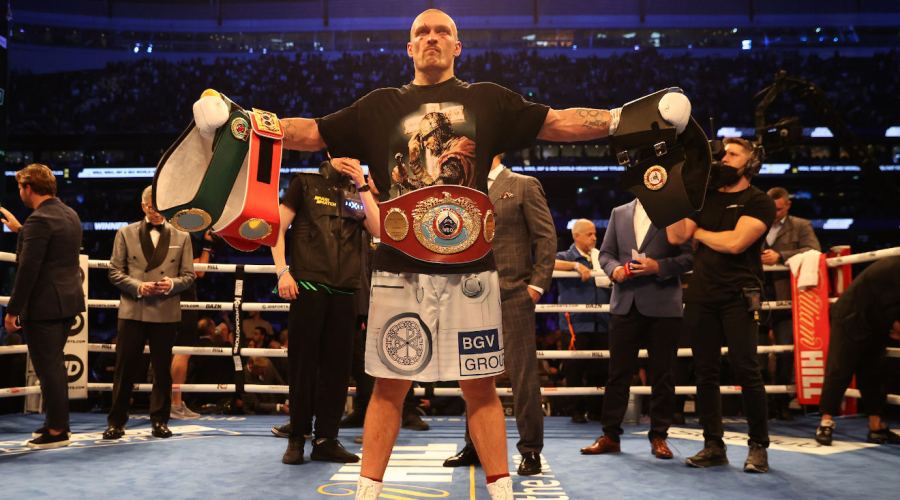 AFTER scoring his monumental heavyweight victory over Anthony Joshua in London on Saturday, Oleksandr Usyk insisted he himself was unsurprised at the result.

“The fight went exactly the way I expected it to go. There were a couple of moments when Anthony pushed me hard, but nothing special,” the Ukrainian said afterwards said.

He outboxed Joshua, brilliant footwork and head movement offsetting the Briton and preventing him landing his power punches. His timing and hard southpaw left shook up Joshua at times and Usyk finished the bout pounding Anthony into the ropes.

It was the consummate performance at heavyweight for a man who had dominated the cruiserweight division before moving up. Usyk had the gameplan and executed it masterfully in front of 67,000 fans at the Tottenham stadium in Joshua’s hometown. “I have been working so hard since January in preparation for this fight, it took me half a year and I didn’t see my family for so long. I miss my family, I want to go home and I am not thinking about the rematch at the moment,” Usyk reflected.

Joshua does have rematch clause, though it will be up to him to risk going straight into a second fight with a man who won a clear unanimous decision and hurt the Briton at times. And the Ukrainian finished with a warning. “You didn’t see the best Usyk,” he said ominously. “I can be much better.”