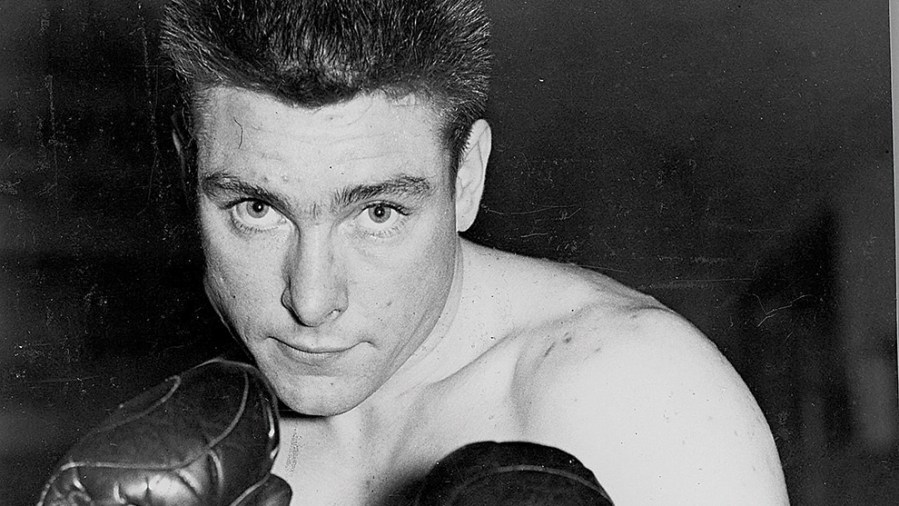 The fighting ancestors of Joe and Peter

WHILE officiating at a show in Sunderland last Sunday I had the pleasure of watching Joe McGrail win his fifth professional contest, and of meeting Peter McGrail, whose career has also got off to a good start. I asked Peter if the two of them were related to Jimmy McGrail of Liverpool, a good pro in the early sixties and, while he confirmed that this was the case, he seemed a little unclear as to just how good Jimmy was back in the day.

The earliest McGrail I can find from Liverpool is Pat McGrail, who had two contests in 1923, and I feel sure that this is the first generation of this fighting family. Both Joe and Peter boxed for Everton Red Triangle as amateurs, and Jimmy also boxed for a club in the north of the city, St Teresa’s. It was while he was serving in the Royal Air Force, however, that Jimmy really made his mark. After winning both the RAF and Combined Services championships in 1959, Jimmy made it through to the last four of the ABA Championships, held that year – as always – at the Royal Albert Hall. Pitted against him were Harold Mees of Patchway, Johnny Kramer of Fairbairn House and Bobby Keddie of the Scottish National AC. Jimmy battered Mees in the semi, and then outpaced Keddie to win the welterweight title, aged 22.

After a decent run in the European championships, where he went out in the quarter-final, Jimmy turned professional in November 1959. He made an excellent start to his career, winning his first nine contests inside the distance and establishing himself as a big favourite at the Liverpool Stadium.   He won 16 on the trot before losing out to Mick Leahy of Coventry, in a British welterweight title eliminator in February 1961.

McGrail was a noted puncher, especially with the right hand, and by 1962 he was still hanging around in the top four or five at his weight and was very much in contention for a British title chance. The Grand National weekend was superseded by a big boxing event at the Liverpool Stadium, for the racing fraternity have always been fond of watching good class boxing, and Jimmy was matched with a fellow-Liverpudlian, Tony Smith of Bootle, for the Central area title.   The two fought 12 rounds of quality boxing before Smith took the decision.

McGrail’s career seemed to be stalling at this point and so he relocated to London, where he had his next eight contests. He won all but one of these and he became a small-hall favourite in the capital, winning at The Majestic Ballroom in Finsbury Park, at Shoreditch Town Hall and at the Seymour Hall in Marylebone. He won a good contest against Johnny Kramer at the Royal Albert Hall in December 1962, and this confirmed is status as the number two challenger, behind Tony Smith.  Under the headline “Fiery McGrail outguns Kramer”, [i]BN[i] reported that “Kramer’s long-range boxing was nullified by McGrail, who dictated the pace and beat his man to the punch.  Double left-jabs, short two-handed hooks to the head and a choice right hook that dropped Kramer for seven put the issue beyond doubt”.

By March 1963 Jimmy had fought his way to the top of the welterweight rankings, and, after outclassing Frenchman, Daniel Brunet, in a 10-rounder at Liverpool he won two more before going down to that great Jamaican, Bunny Grant, when referee Harry Gibbs put a stop to their contest with McGrail suffering a badly cut left eye.

Jimmy only had one more, and his final contest was against another great Liverpudlian star of the time, Johnny Cooke. The two clashed at the Stadium in a final eliminator for the British title, and what a good scrap they served up before a packed house. Cooke took the verdict and McGrail took retirement, at the age of 27. He had a grand career, as I am sure will young Joe and Peter.