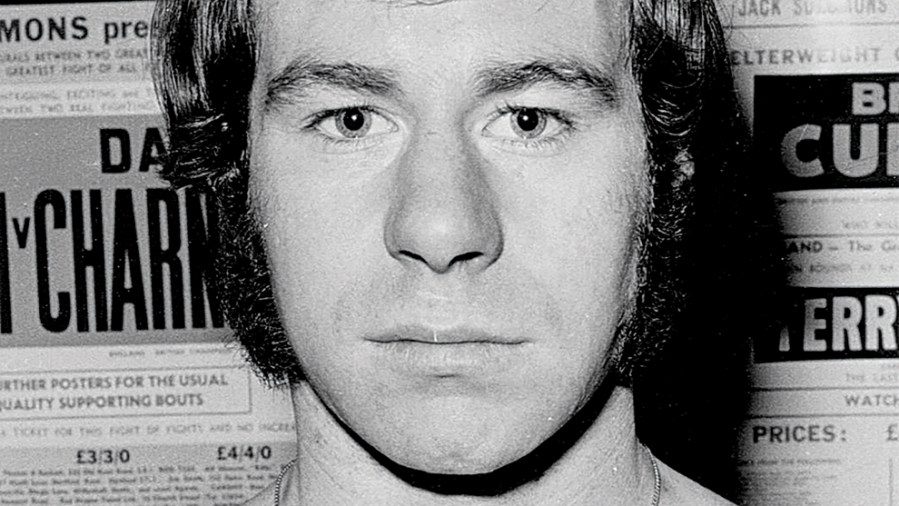 LEEDS has recently lost two of its stalwarts from the 1970s with the passing of Dave Tuohey and Terry Mintus.

During the 1960s and 1970s Leeds was a virtual wasteland when it came to the staging of professional boxing. There was only one tournament held each year, and that was a charity show arranged each December by the Jewish Sportsman’s Charity. Dave and Terry would therefore need to be regularly on the road to earn anything from the game. Consequently, they both picked managers who could get them this work. Dave went with Halifax-based Tommy Miller, who had a huge stable of willing lads, and Terry was managed by Trevor Callighan, who, at the time, was also responsible for Alan Richardson, Les Pearson. Bob Tuckett, Jimmy Pickard, Steve Butler, Malcolm Heath, Ian Pickersgill and Tom Collins, amongst many others.

The only regular venue for boxing in the area was the Yorkshire Executive Club in Bradford, where the two boxed on a few occasions, but with both being journeymen in the true sense of the word, they were usually boxing at all sorts of places up and down the country. The two men were quite different with Terry, a hard-punching heavyweight, and Dave, a smart featherweight. I well remember Dave when I used to visit Leeds Ex-Boxers Association many years ago, and it was Frank Johnson, from the association, who rang me last week to tell me the sad news. Dave was a little sprightly chap, even in his early sixties when I knew him. I never had the pleasure of meeting Terry, but I closely followed his career back in the day.

Mintus crossed swords with three British heavyweight champions in Bunny Johnson, Gordon Ferris and Neville Meade. Unsurprisingly, he was stopped by all three, but he did beat some good men during an eight-year career, and so, lets concentrate on those. He beat Ishaq Hussein in his second bout.

I remember a BN cover back in January 1977 which proclaimed that Hussein aimed to be British champion by the time he was 20. This never happened, but he was a talent. Terry also beat Liverpool’s Paul Kinsella in three rounds as Southend in 1976, taking revenge for a points defeat inflicted the previous year. In 1977 Terry beat Hendon’s Tony Moore, another decent prospect at one time, and he also beat Bjorn Rudi and Austin Oyoke the following year. After beating George Scott in a Central area heavyweight title eliminator, Terry lost out to Neil Malpass in the title contest, held at the Irish Centre in Leeds, in 1981. He retired having won 12 of his 31 contests, in 1983.

Dave was only a year older than Terry, but his professional career started many years before, in 1967. The first reference I can find for him in BN was in 1962, when he won the National Schools championships at 6st 2lbs. Shortly afterwards BN printed a picture of the fifteen-year old, punching the bag, dutifully held by his mother Harriet, who was described as his trainer and biggest fan. He won the NABCs in 1964 at 8st, and when he went pro three years later BN reported that his victory over Nigerian Jimmy Addy, at the Royal Station Hotel in York, came after Dave only signed professional forms that day at one o’clock. Ten hours later he had his first win. After another victory Dave took two years off, re-emerging in 1970 to win another four on the trot.

Dave beat Billy Waith on points in a six-rounder in 1971 and also held wins over fellow-Yorkshiremen Joey Gilbert and Steve Enwright. During a 52-bout career he boxed two British champions, Dave Needham and Alan Richardson. Like Mintus, he was stopped on both occasions, but he managed to go the distance against prospects Mark Bliss, Billy Smart and Jimmy Flint. The two men were a link to the boxing past of their great city, and they will both be sadly missed.