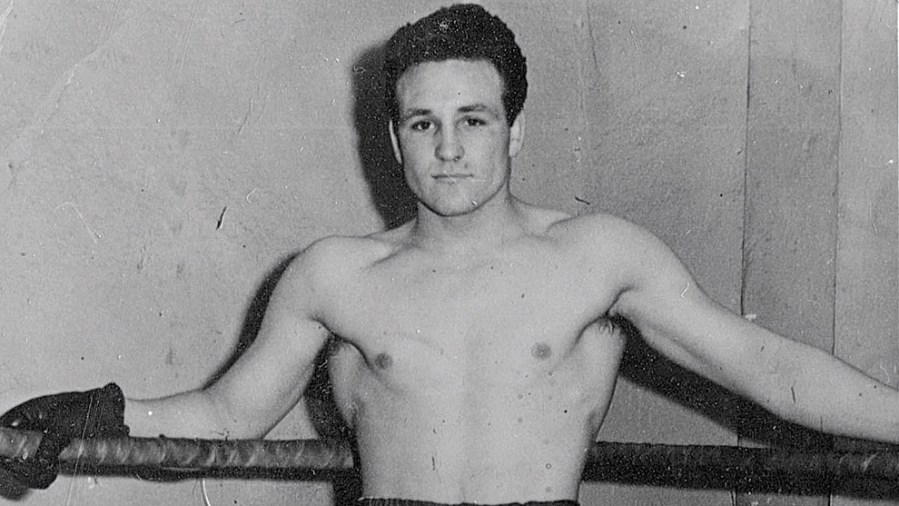 The British fighter, once labelled one of the world’s hardest-hitting heavyweights, passes away at the age of 93

BOXING lost one of its iconic links to the 1950s London boxing scene this week with the passing of Jack Hobbs of Shepherds Bush. Jack campaigned successfully at heavyweight for four short years between 1950 and 1954, and he will be remembered by many of our older readers.

Jack was a very good amateur in the services just after the war, and he won the RAF title in 1949 before losing out to Arthur Worrall in the semi-final of the Inter-Service championships. Being a big lad, he was soon noticed, and he was snapped up by manager Arthur Boggis to box professionally.   He made his debut at Harringay arena, on the night that Terry Allen won the world flyweight title, when Jack won a heavyweight novice competition beating all three of his rivals in a total of four rounds. That sort of punching power soon saw him in great demand, and he proceeded to rack up a string of inside-the-distance victories in London rings, many of them in the first round.

It was at this point, in early 1951, that he had a very bad motorcycle accident that nearly saw him lose his leg. He spent over a year in hospital and had to pay for his own treatment. He was, nevertheless, determined to resume his ring career although few thought that likely.

In 1953, however, he entered the ring again. Still only 22, he carried a limp and he had to demonstrate his abilities before Board officials before his licence was reissued. In his comeback contest, at Manor Place Baths, Walworth, against Hugh Ferns of Edinburgh, he was stopped after only two minutes with a terrible cut over his left eye.

Well used to adversity by now, Jack did not let this setback deter him and he then embarked on a run of six wins, with five of them being achieved by stoppage. In September 1953, after Jack had stopped Reg Andrews of Deal in only fifty seconds the BN headline asked if Jack could be “The World’s Hardest Hitting Heavyweight”.  The reporter also noted that Hobbs was careless with his all-out attacking style and that he “should be careful with those borderline smashes. One of these days, rightly or wrongly, a referee is going to rule him out and that would be a tragedy, for if anyone seems destined to punch his way to the world’s title, it is Jack Hobbs”.

After two more victories that prophecy came true. It was during a rematch with Ferns, the only man to beat him, that Hobbs took things too far, and he was thrown out in the second round for a low blow that the reporter thought was legitimate, even if the referee didn’t.

In 1954, his final year as a professional, Jack beat two Belgians, one after the other. He comfortably outpointed Prosper Beck at his home venue, Lime Grove Baths, and then travelled to Leicester to hammer Al Bernard in eight rounds, despite having been under considerable pressure himself in the fifth. This victory set up a British heavyweight title eliminator between Jack and Rugby’s Johnny Williams and promoter Jack Solomons quickly matched them in a 10-rounder at the White City Stadium, with the winner to fight either Jack Gardner or Don Cockell for the title. Unfortunately, Jack lost this, his most important contest, on cuts and he never fought again.

Jack died on Sunday, September 18, aged 93 years old, and I spoke to his son Rod about him. After his career had ended, Jack stayed in the game where he was the mainstay behind two amateur clubs, Hammersmith ABC and Southall ABC. One day a young lad walked into his gym and Jack saw something in him. The two became friends for life, and some years after Jack had got him started, the young lad won an Olympic gold. His name? Chris Finnegan.