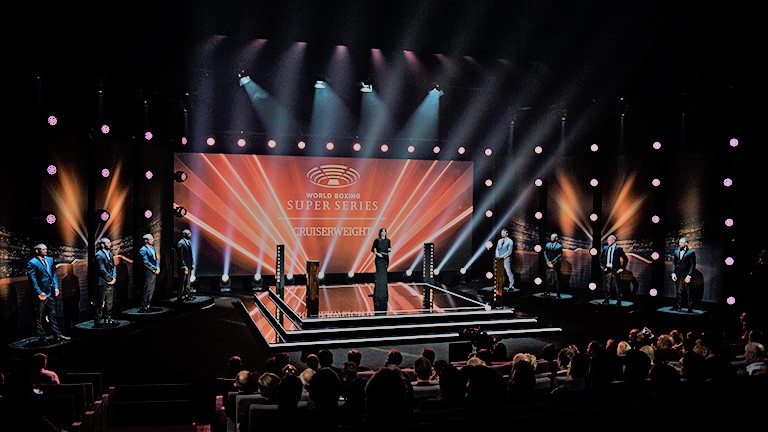 We profile all the cruiserweights in the World Boxing Super Series

An obscenely gifted amateur, southpaw Usyk has honed his hulking mass into a fighting machine. A World and Olympic champion in the unpaid ranks, Usyk gained plenty of experience in the World Series of Boxing before making the leap to professional fighting in 2013.

Perhaps the biggest compliment paid to Usyk is how he is dubbed the cruiserweight version of Vasyl Lomachenko – who is arguably the most talented fighter in the world. Indeed, they are good friends and both train under Vasyl’s father.

Usyk announced himself as the world’s leading cruiser when he dominated Krzysztof Glowacki last year to win the WBO title. His performance showed that he doesn’t have to rely on his bone-crunching power to win fights – he can simply outclass you instead.

He enters the Super Series as a pretty heavy favourite, and it’s hard to see him failing to win the whole thing but it will be a lot of fun watching it all play out.

Having turned professional six years ago, it could be said that Murat Gassiev’s progression to world level has been a little slow. Then again, he is only 23. The reigning IBF champion had roughly 30 amateur fights, and so there was no real fanfare when he turned over and the first two years of his paid career were an apprenticeship of sorts against unheralded opposition.

In 2014 he earned an IBF ranking and teamed up with esteemed trainer Abel Sanchez – the man behind Gennady Golovkin – and started boxing on numerous American cards. An IBF eliminator against Isiah Thomas ended in controversy when Thomas was unable to continue after being hit after the bell. Gassiev then fought Jordan Shimmell in another eliminator, and this time there was no doubt – Murat wrecked him inside a round, producing one of the best knockouts of 2016.

His coronation came in December when he dropped and outpointed Denis Lebedev to become champion. Frustratingly, Lebedev’s WBA title was not on the line, just the IBF version.

Gassiev is certainly the biggest threat to Usyk and there’s a good chance they’ll meet in the final.

In April, Mairis Briedis made history by becoming Latvia’s first ever boxing world champion when he outpointed former long-time division ruler Marco Huck for the vacant WBC title. Hard-hitting Briedis had been waiting patiently for his title shot, having been mandatory challenger for a while. The 32-year-old earns extra popularity points for refusing to pay the IBO’s sanctioning fees in that fight.

A former policeman, Briedis was a wildly successful kickboxer before he turned to the Queensbury Rules. In Latvia, he is a rockstar and his first WBSS fight will take place in a packed out stadium.

An excellent boxer, Briedis is dangerous up close and one of the biggest punchers in the division. The Series could prove to be career-defining for him.

After a reported 257 amateur fights, Dorticos defected from Cuba in 2009 and set up base in Miami, so he could pursue a professional career in boxing.

In his first 10 fights, he was never taken beyond four rounds. Cubans are known for their delectable skill but few can punch like Dorticos – and even fewer have his finishing instincts. His 95 per cent KO ratio speaks for itself, and only Edison Miranda has stretched him over the distance.

However, he hasn’t fought since May of last year, when he stopped Youri Kalenga in the 10th round of a gruelling, thrilling fight. That earned him the ‘interim’ WBA title, which has since been elevated to the ‘regular’ title.

It was no surprise that Dmitry Kudryashov was picked last at the Draft Gala. The 31-year-old has never heard the final bell in 22 paid fights – simply put; when he’s in the ring, somebody’s getting knocked out.

In November 2015, it was him. He was demolished inside two hellacious rounds by Olanrewaju Durodola. He bounced back with two wins before meeting Durodola in a rematch last month, in which he stopped the Kansas-based Nigerian in five rounds.

He carries the sort of power that can knock any cruiserweight out and his do-or-die attitude makes him must-see.

At 35, Wlodarczyk is the elder statesman of the cruiserweight tournament and with 57 professional fights to his name he is arguably the most experienced – he’s been a pro for a whopping 17 years.

He enters the tournament in decent form, coming off the back of decision wins over Leon Harth and Noel Gevor, though the latter was pretty close. Wlodarczyk is no stranger to tight wins on the cards; his first world title victory back in 2006 came at the expense of Steve Cunningham on a split verdict (he lost the immediate rematch).

A two-time world champion, Wlodarczyk can be hurt but he is very, very tough and despite having been put down before has never been stopped. He blows hot and cold – Grigory Drozd dominated him, but he’s stopped the likes of Rakhim Chakhiev and Giacobbe Fragomeni.

Mike Perez has undergone serious change in the past two years. He used to operate at heavyweight, and when a brutal win over Magomed Abdusalamov left his opponent with life-changing injuries, Perez was understandably affected. In his next fight he was outpointed by Bryant Jennings before being stopped inside a round by Alexander Povetkin.

He took two years out and in that time he found a new dedication and passion for the sport. He trimmed himself down and now the 31-year-old is a picture of health, packed with muscle and at a weight where he won’t be giving up huge disadvantages in size.

His only fight at cruiserweight ended in 19 seconds after his opponent injured his ankle, but all signs point toward Perez being a handful for anyone in this tournament. An incredible amateur, southpaw Perez has bags of skill and talent and in the shape of his life, could finally achieve his world title dreams.

The incredibly long odds on Marco Huck to win the Series are partly down to who he has to fight first – Oleksandr Usyk. However they are also because he suffered to defeats in the last two years, one of which was a stunning upset.

In 2015, Krzysztof Glowacki knocked out Huck in 11 rounds to win the WBO title and end his six-year reign. At the time, Huck was also the top cruiserweight in the world – a position he intends to reclaim through this tournament.

In April he was outpointed by Mairis Briedis for the vacant WBC title, but prior to that had scored solid wins over Ola Afolabi and Dmytro Kucher.

He’s past his best, but Huck’s experience in big fights and his hard-to-beat style will be a handful for Usyk and any others he comes across.