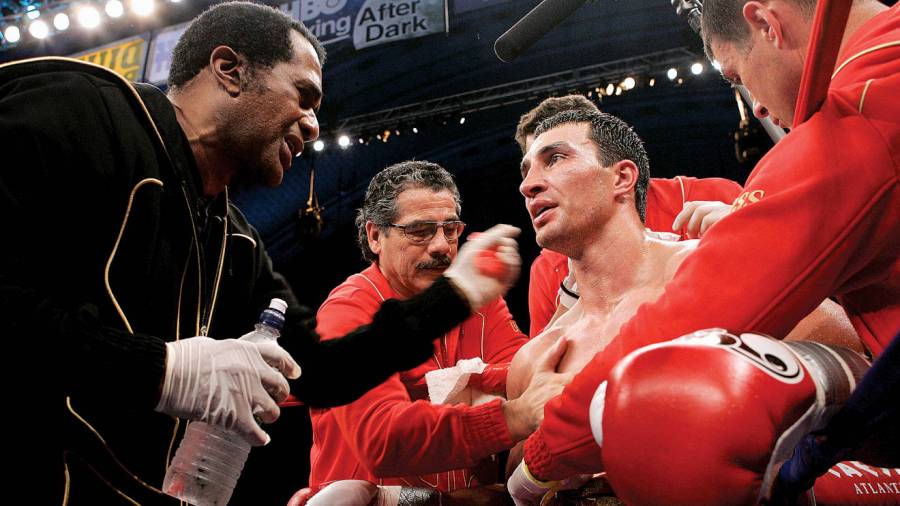 There have been few more dominant heavyweight champions in history than Ukraine’s Wladimir Klitschko. Here are 10 of his best wins

1. Alexander Povetkin
Former amateur star Povetkin was 26-0 as a pro when meeting Klitschko in 2013. Four knockdowns later, the Russian’s scalp had been added to Klitschko’s collection.

2. David Haye
Haye, a WBA titlist dethroned by Klitschko, fared no better than Povetkin in 2011, though did at least stay on his feet during the process of being outboxed for 12 rounds.

3. Ruslan Chagaev
Known back then as the giant slayer (following a decision win over Nikolay Valuev), Chagaev was ultimately too small and too limited to beat Klitschko in 2009. He was retired after nine rounds.

4. Kubrat Pulev
This fight, one of the more entertaining in Klitschko’s career, saw Klitschko open up on Pulev early and not relent until he had him out of there just five rounds into their 2014 encounter.

5. Samuel Peter I
Though the fight contained numerous moments of crisis, and though Klitschko seemed forever on the brink of unravelling, a 2005 decision win over an undefeated and feared Samuel Peter meant a great deal at the time.

6. Chris Byrd II
Byrd, famous for messing up the plans of Wladimir’s brother, Vitali, was dealt with twice by Wladimir; first in 2000 and then in 2006, where this time he was stopped inside seven rounds.

7. Tony Thompson I
While not a world-beater by any means, Thompson was nevertheless a big, awkward southpaw on a good run of form when Klitschko stopped him inside 11 rounds in 2008.

8. Lamon Brewster II
One of five men to have beaten Klitschko as a pro, Brewster found the task too big for him in their 2007 rematch – three years after beating Klitschko – and retired on his stool after six rounds.

9. Eddie Chambers
Too small, perhaps, to ever be a problem, the skillful but diminutive Chambers, defeated just once in 36 fights, was stopped by Klitschko in the final round of their 2010 clash.

10. Calvin Brock
Brock, an American prospect who never quite lived up to his hype, was dramatically flattened in the seventh round by Klitschko at Madison Square Garden in 2006.

Read about the night that made Klitschko here