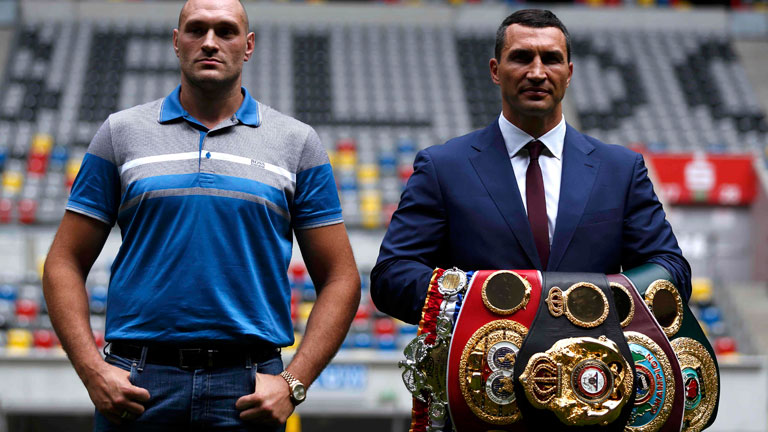 Ahead of his world heavyweight title defence against Tyson Fury, Wladimir Klitschko casts aspersions on the challenger's height

Ahead of his October 24 world heavyweight title defence against Tyson Fury, Wladimir Klitschko has granted us an enlightening interview about his preparations.

Are you recruiting sparring partners to replicate Fury’s billed height of 6ft 9ins?
He’s actually not as tall as people say, surprisingly. I’ve been at the press conference with him and I thought he was kind of the size of Mariusz Wach [6ft 7 1/2ins]. But obviously he’s taller than me, and I have set up with my camp manager and Johnathon the list of sparring partners. We got some guys from Ukraine, some from the States, some German guys. Statistics say whatever but in reality he is not as much of a giant as statistics say. In this fight, I’m the smaller guy though.

For the rest of this interview, including Klitschko’s views on Fury staying in a caravan with his dad while getting ready for their fight, download the latest issue of Boxing News magazine