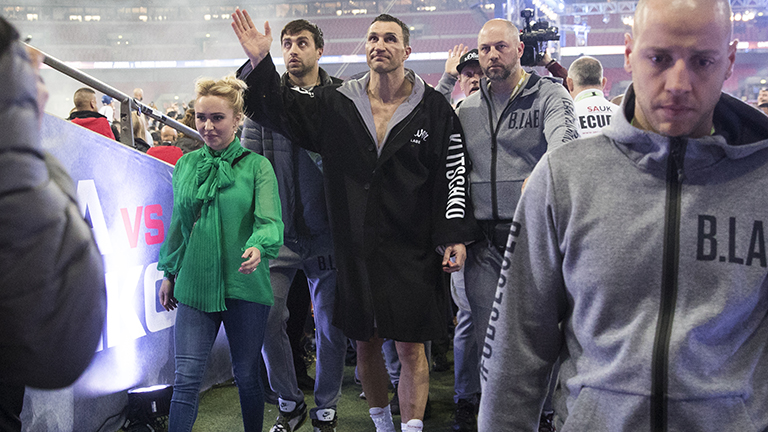 WLADIMIR KLITSCHKO vowed “I’ll be back” as he returned to Germany following his 11th-round stoppage by Anthony Joshua.

Klitschko was defeated in a thrilling heavyweight showdown before 90,000 fans at Wembley Stadium on Saturday night that saw both fighters climb off the canvas.

The Ukrainian has a rematch clause in his contract and on Tuesday he hinted that he will be looking to renew his rivarly with Joshua in London.

Joshua added the WBA title to his IBF crown and focus has now switched to the identity of his next opponent.

Tyson Fury and Deontay Wilder are options, but a rematch with 41-year-old veteran Klitschko appears the most likely choice.