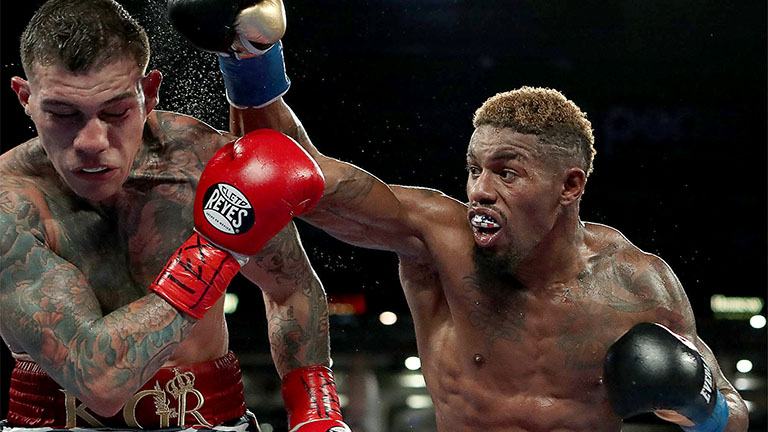 Willie Monroe Jr is keen for a rematch with Gennady Golovkin

A fight with Canelo, who recently won the WBO super-welterweight crown but is looking at a move to middleweight, was mooted for the Monroe-Rosado winner.

However Monroe thinks Canelo’s team were planning on Rosado winning the fight, and may try to avoid debuting at middleweight against an elusive southpaw like him.

“If I can’t get Canelo I would love to get [WBO middleweight champion] Billy Joe Saunders because before the fight he said that Gabe Rosado was just fighting another bum,” Monroe told Boxing News.

“You don’t get to the top of the rankings by being a bum and with that being said, I got here the hard way. Banner Promotions picked me up at the Boxcino [tournament], I was already 15-0 and I wasn’t expected to win it.

“These guys at the beginning of their career, Saunders is one of them because he was an Olympian, they have a promoter, and advisor and get in there with the right fighters to build his career. I never had that, I went on a limb going to guys’ backyards in hard fights and beating them because I’m that good.”

Monroe entered the Boxcino middleweight tournament in 2014 as an underdog but beat the likes of Vitaliy Kopylenko and Brandon Adams to win the whole thing.

Last year he took on 160lb champion Gennady Golovkin, succumbing to the Kazakh’s thunderous power in the sixth round but not after putting in a brave effort.

“[In that fight] I just learned that I need to be myself. I tried to be someone else when I fought Golovkin, and that’s not a bad thing,” he continued.

“When you’re preparing to fight the baddest man on the planet you go above and beyond to not only win but also put on a show. It just showed me to be myself, they don’t call me ‘The Mongoose’ for no reason, I’m a hit and don’t get hit type of guy. I can lead a fight as well as be a counter-puncher. Whatever the fight calls for, I apply myself to it. I can’t try and fight in a way the commentators or observers want me to, that’s what I tried to do in the Golovkin fight. I need to be myself, not anybody else.”

Despite the conclusive finish to their first fight and the fact Golovkin has finished every single one of his world title fights inside the distance, Monroe feels he could have more success against ‘GGG’ in a return.

The Rochester, New York native hopes to box again soon to build on his win over Rosado. With Canelo sidelined for the rest of 2017 due to a hand injury, Monroe would like to fight Saunders in a bid to earn a rematch with Golovkin.

“I hope to be back out soon, I’m already back running,” he revealed.

“If they called me and said they want me to fight late October, early November I’m ready. Hopefully I can get Saunders before ‘GGG’ gets to him because ‘GGG’ says he wants that belt and I really want a second chance at that fight. When I said I didn’t fight like myself in the first fight, that’s not to take anything away from ‘GGG’ because he’s a great fighter – it was on me. He did what he had to do.”