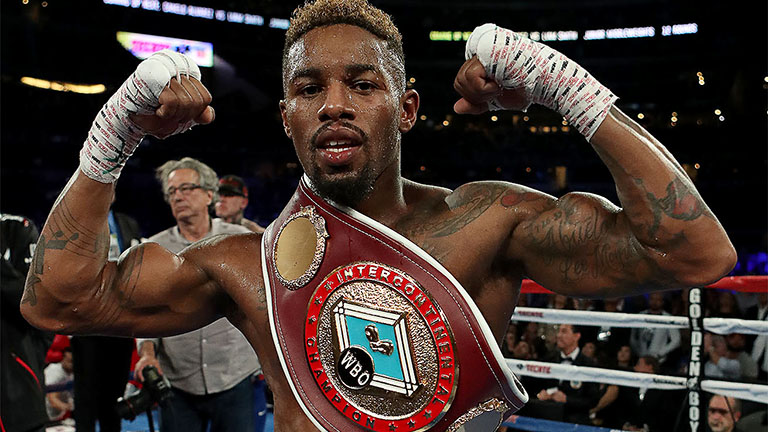 WITH a 12-round decision win over Gabriel Rosado a couple of weeks ago, Willie Monroe Jnr has put himself back into the middleweight mix. A sixth-round stoppage loss to Gennady Golovkin last year set him back, but with a potential fight against Canelo Alvarez dangled in front of the winner of his fight against Rosado, Monroe wants to test himself against the best once again.

There has been some criticism over your performance, some writers have called the fight boring. Do you pay much attention to those comments and try to adjust your style, or do you just focus on getting the win?

I focus on the win. A lot of people have bad things to say, but you can’t please everybody. How many times have we seen great fighters and people complain and complain and complain? Nobody ever says ‘you know what, look how smart that was. That was a smart fight he fought.’ I don’t really take any interest in it, I don’t get my feelings caught up. You can’t please everybody and it’s not my job to, my job is to win. A lot of people say ‘he’s a safety first boxer, he doesn’t want to fight.’ When I was in there with the most feared middleweight in the world, for three-and-a-half rounds straight I banged out. Nobody gave me props and said ‘you know what, you stood toe-to-toe with the most feared man out there.’ After I lost, they call me a bum. At the end of the day they’re going to hate me regardless, so why not just go on and win? I’m not going to add insult to injury trying to fight the way you want me to fight. You’re going to hate me, then I lose on top of that? No, no, no. If they hate me, that’s on them.

One of the outcomes was that the winner could potentially land a fight with Canelo – were you aware of that going in?

Yeah I was very aware, that was the talk, the promise was that the winner would get Canelo but what you have to realise is that they weren’t counting on my beating Rosado. They thought he had too much experience, he’s a little bigger than me, he’s fought some bigger names. Not to mention that Golden Boy has both fighters so it would have been easier for them to make that in-house money, so I upset the apple cart by not only beating him but dominating him. I don’t know if Canelo really hurt his hand or not, but his team went on record to say they would never fight me. I just think they’re trying to minimise it so they don’t have to look in my direction because I’m a very, very dangerous opponent for Canelo. We’ve seen the fight with [Erislandy] Lara, the fight with Floyd [Mayweather] and the fight with [Austin] Trout. Guys with fast feet, fast hands, good lateral movement, nice tricks in the bag cause problems for Canelo who likes you to come to him so he can counter you. It’s not a bad thing, every fighter on the planet has a style that doesn’t mesh with theirs, that’s not to take away from Canelo, he’s a great fighter, one of the best in boxing right now. I hope to get the fight, we’ll leave it to the promoters because sometimes a fighter can talk themselves out of a fight. We’re definitely going to push for it, it is what was promised, I went in there as the B-side with the odds against me and I stuck to my gameplan and took the win.

Do you think fighters need to take more risks and start fighting the best more? For example Canelo has taken a lot of criticism for not yet fighting Golovkin.

I don’t just think it’s happening in the middleweight division, I think it’s happening across the board. I think a lot of fighters need to take more risks, it’s not just Canelo. What about ‘GGG’? He’s the best at middleweight, a unified champion, when will we see him go up to super-middle or light-heavy? Kell Brook jumped two weight classes, he wasn’t even considered a big puncher at welterweight whereas ‘GGG’ is considered a super puncher, so he would still have an advantage if he went up to 168lbs or 175, so with that advantage why doesn’t he go up? Me, I can still make 154, that’s the class I should be in really but I’m at middleweight, I’m challenging myself and when they ask me to fight the best middleweights in the world, I accept. I think more fighters need to have that attitude. If we’re going to challenge one great fighter to do something, we need to hold all great fighters to the same standard. If we’re going to tell Canelo to go up and fight ‘GGG’, people should also tell ‘GGG’ to go up and fight Andre Ward – Ward is going up to fight [Sergey] Kovalev, another great fighter stepping up to a challenge.