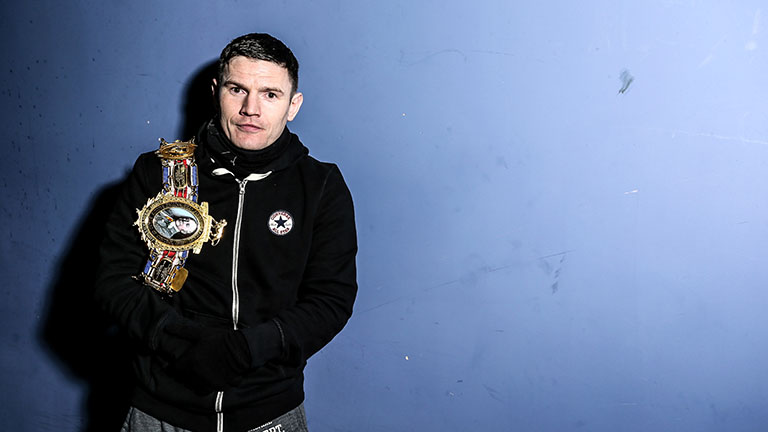 GLASGOW’S former British super-lightweight and two-weight Commonwealth champion Willie Limond entered the Radisson Blu Hotel to rapturous applause in his first fight in two-and-a-half years. He was in the six-round main event against the experienced William Warburton on a St Andrew’s Sporting Club promotion.

Using the first frame to shake off some ring rust, Limond tried to get close to negate the height advantage of “Warby”. He got caught a couple of times coming in but kept pushing forward and was putting the pressure on his Lancashire opponent.

In particular, Limond used body shots to good effect and traded leather until the last bell, showing that at 40 he still has the stamina required. The outcome of the bout was never in doubt and it was confirmed as 59-55 to the Scot.

Gary Rae had a six-round clash with Adam Hutchinson from Darlington. After a quiet opener, Rae started to punch with more intent, rocking Hutchinson’s head back.

With Rae on top and Hutchinson bleeding from the nose, the Barrhead man was content to slip and slide for a couple of sessions. Assured of victory, Rae opened up near the end and when the final bell rang he had his hand raised with a score of 59-55.

Cumbernauld’s Andy Tham won every round of four as he eased to a 40-36 points win over Worcester hardman Michael Mooney.

The Verdict Limond is looking for bigger nights.