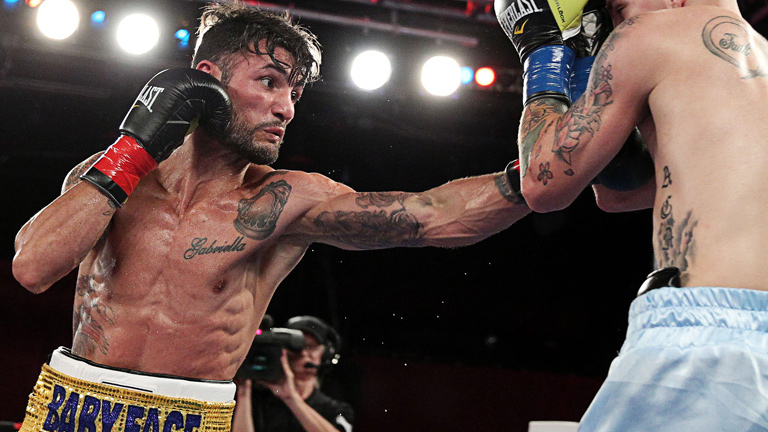 ON February 27th in New York, two unbeaten lightweights will clash in chief support to Terence Crawford’s WBO light-welterweight title defence against Hank Lundy. Puerto Rican sensation Felix Verdejo, 19-0(14) will meet Brazilian William Silva in a match-up that just might result in the fight of the night.

Silva, 23-0 (14) hasn’t attracted the fanfare Verdejo has, yet the 28-year-old was a standout amateur in his homeland – winning gold at the 2004 South American junior championships and a bronze at the 2005 Jose Cheo Aponte tournament, both as a 125-pounder – and Top Rank signed him in July of 2015. And a win over Verdejo will, Silva says, get him one big step closer to challenging for a world title.

Here, the unbeaten contender from Sao Paulo, who is both a tall and physically strong lightweight, speaks exclusively with Boxing News:

Q: First of all, how would you describe your fighting style for those who have not yet seen you box?

William Silva: “I am a quietly confident fighter, who takes advantages of other fighters’ mistakes in the ring. I look for my opportunities and I take advantage of them in a fight. I have a good defence and I have been called a classic boxer.”

Q: What do you think of Verdejo?

W.S: “Verdejo is a great fighter who I know is going to be tough. This is a tough fight for both of us.”

Q: Who are your boxing heroes?

W.S: “I like Julio Cesar Chavez, Diego Corrales and Miguel Cotto. All are true greats.”

Q: Who is your trainer?

Q: What was your amateur record?

Q: You are very tall for a lightweight at 6-foot, 1-inch. Do you make the weight easily enough?

Q: This fight with Verdejo is your Madison Square Garden debut – are you excited and will you box in the U.S from here on in?

W.S: “I am living a childhood dream [fighting at Madison Square Garden] but at the same time, I am feeling very calm. I will fight wherever Top Rank, who I am contracted with, want me to fight.”

Q: How will you defeat Verdejo and what would a win mean for you?

W.S: “I must seize opportunities as they come in the fight. At the same time, I must make no errors during the fight. This fight is very important for my career, I know a win against Verdejo will move me very close to a world title fight [shot]. Brazil needs a new champion to bring joy to the people. I will bring them this. I feel ready for any challenge and I am ready to become a new world champion.”