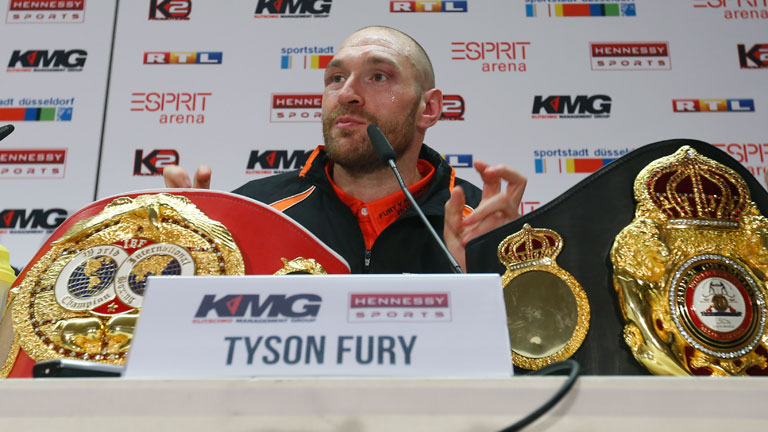 The latest odds on Tyson Fury's next move

TYSON FURY is more likely to walk away from boxing than defend his crown against the cream of the crop, according to Ladbrokes.

The WBA, WBO and IBO Heavyweight champion is due to defend his belts in a rematch against Wladimir Klitschko but after revealing he could hang up his gloves instead Ladbrokes has priced a 2016 retirement up at 2/1.

Despite being odds-on to beat some of the biggest names in the division the bookmakers see the “Gypsy King” defending his titles against Klitschko, WBC champion Deontay Wilder and Britain’s Anthony Joshua as a 12/1 shot.

James Curtis of Ladbrokes News said: “Fury shocked everyone when wrestling the belts from Klitschko’s grip and while he appears to have the boxing world at his feet he could spring another surprise and call it a day this year.”

To officially announce retirement before 2017 – 2/1

To beat Klitschko, Joshua and Wilder before retirement – 12/1