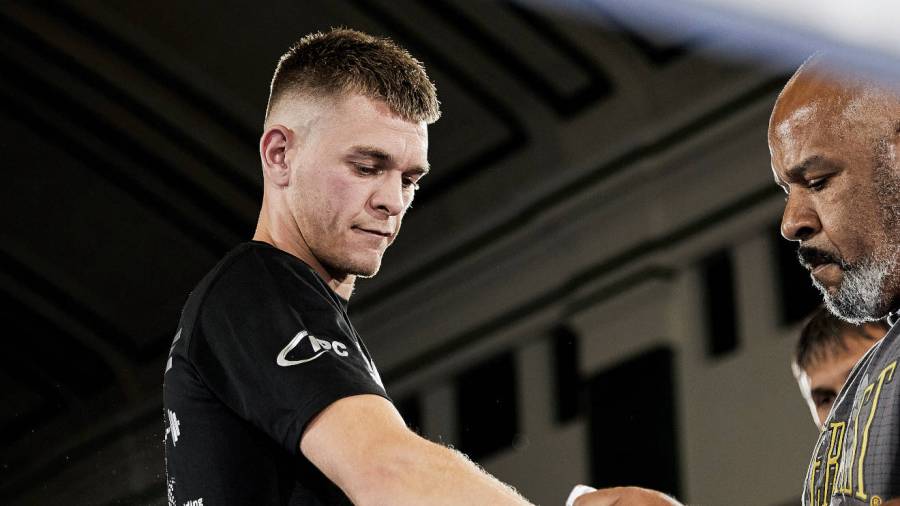 FOR the third time Gavin Gwynne is fighting for the British title. On Friday (April 15) at York Hall against Liverpool’s Luke Willis, the Welshman hopes that this is his moment to add the national championship to the Commonwealth lightweight title he already holds.

“The British title is a title that I’ve wanted since turning over, and it would be a dream to win it and especially to win it in fashion as well,” Gavin said.

Unlike Gwynne, who’s lost twice, Willis is unbeaten. 11-0, the Liverpudlian had risen steadily until he was out of the ring for over two years, returning only in April of 2021 to record a six-round points win over Ricardo Fernandez in Spain. He only made lightweight for the first time in October when he went 10 rounds for the first time, outpointing Rylan Charlton.

Willis won this more handily than the majority decision might suggest. Moving on the backfoot the Liverpool southpaw picked out his shots and outboxed Charlton. It’s a respectable win, Charlton up at welter had knocked out Joe Laws previously. Willis though did fade towards the end of that fight, even getting a point deducted for holding. That’s a worrying sign for him ahead of his showdown with Gwynne.

The Welshman is more seasoned. He may have lost twice but he’s had more professional rounds, gone the full 12 twice and had four championship fights as well as completing two 10-rounders. His standard of opposition has been significantly higher too. James Tennyson did stop him but the Northern Irishman is a heavy-handed power puncher. He could hold his ground and batter Gwynne back. With huge shots Tennyson forced a finish inside six rounds. Gwynne was well beaten in that fight. But Joe Cordina, an elite European gold medallist as an amateur and on his way to world level as a pro, found Gavin’s physicality hard to get to grips with, even as he outpointed him in the now Commonwealth champion’s only other defeat.

Gwynne then is not an easy man to beat. He bounced back from the Tennyson defeat straightaway. Last February he boxed Sean McComb for the vacant Commonwealth lightweight title. McComb was unbeaten as a professional and had been a top international amateur. But Gwynne forced him to work at a high pace and eventually ground him down. By the seventh round McComb seemingly could take no more and, when he turned away, the referee had to stop it. It’s the kind of victory that will only spur Gwynne on. He’s coming into this in form, with experience and with confidence. Willis might well start off using his boxing and his punch-picking to take the early rounds. But Gwynne is the pick to win, he could set a draining pace and might even force an inside the distance finish in the late rounds.

“I really like boxing southpaws so this is great for me,” Gwynne said. “I’ve fought at a much higher level than Willis, but he’s unbeaten and I know it’s going to bring the best out in him so I’ve prepared for the best version of him.”

Willis responded, “He’s tall, tough and game, but he’s beatable, so it’s nothing that worries me.

“He’s built a bit of momentum and has a lot of confidence, so it’s my job to take that confidence away, which I will.

“It would mean everything to me to win these titles. All I’ve ever dreamed about is that Lonsdale belt. I’ve got my opportunity to get it now and I don’t plan on letting it slip.”

Also on the show expect Kazakhstan’s Sultan Zaurbek to show his quality against Haithem Laamouz. Sam Gilley boxes Drew Brown for the English super-welterweight title. In only her second pro bout Nina Hughes will box Bec Connolly. Carl Fail, a top prospect, is also in action. Elliot Whale, another one to watch, gets a run out on this bill too.

The Verdict Fighting for the British title will bring out the best in both men.