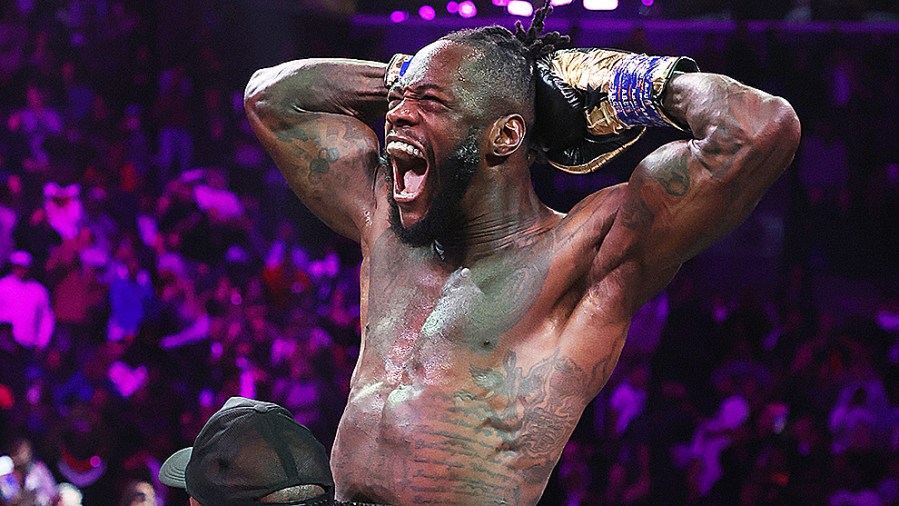 It ended like it was expected to, with Robert Helenius stretched out on his back courtesy of a right hand from Deontay Wilder. It could not have been scripted any better in regards to Wilder’s career and reputation getting a reinjection. The goal, which he achieved, was to make a statement after consecutive losses to Tyson Fury.

Whether Tuscaloosa’s Wilder is back or had never gone away is irrelevant. What is indisputable is that he is a major force in the heavyweight division and will undoubtedly figure in big fights down the road. Whomever opposes will hope to offer more resistance than Helenius who collapsed the moment the first solid punch landed. The “Nordic Nightmare” was away with the fairies at 2-57 of the opening round.

Helenius’ effort, however, should not be questioned. If there is a silver lining – and only a sliver of silver, admittedly – it would be that he was marginally winning the slow paced opening round until getting caught. Showing no fear of Wilder’s vaunted power, the man from Finland moved forward and used his 38-pound weight advantage to force the favourite back. Helenius even avoided a long Wilder right hand that was thrown with full force. But for Deontay, who had employed Helenius as a sparring partner in preparation for Fury, there was no frustration. He welcomed Helenius’ aggression, slow and robotic as it was. It allowed Wilder to set a trap as he prowled with his back to the ropes.

Helenius threw a pair of long punches, his momentum carrying him into the line of fire of Wilder’s lethal right hand which came over the top and landed cleanly on the chin. Helenius was devastated by the blow, crashing hard to the canvas where referee Michael Griffin then stopped it without bothering to count.

Helenius stayed down for several minutes. His eyes remained wide open even though it was clear nobody was at home. We were again reminded that, for all his limitations, Wilder’s one-punch power is without rival in the division.

However, there was something about this particular stoppage that was, at least to this writer, hard to get excited about. Helenius was moving forward which might have increased the force on impact. It also handed victory to the “Bronze Bomber” on a plate. The crowd at The Barclays Center who are all too aware of Wilder’s power (his fifth time boxing in the arena), were caught off guard by the knockdown and hesitated a moment before bursting into applause.

“I set him up. I allowed him to reach and when I reached he attacked,” said Wilder.

“I’ve been hearing rumours about Usyk but he’s not here is he? When guys see these knockouts they turn the corner away from me. I’m ready for whatever. Whether it’s Andy Ruiz Jnr or Usyk, I’m ready.”

When people speak of Wilder the first thing mentioned is that freakish power. But his enormous mental strength deserves acknowledgement. He could easily have been deflated by his trilogy with Fury, particularly when one considers he didn’t win any of their three bouts, but the motivation to prove he’s the best heavyweight in the world is still there. As long as Fury is around that goal may remain elusive but can anyone say, with a high degree of confidence, that Wilder would not defeat Anthony Joshua, Joe Joyce, and even Oleksandr Usyk? Everyone will agree on this: We’d certainly like to find out.

With Anthony Dirrell stretched out on the canvas with the medics working over him, Caleb Plant walked over in close proximity and started to celebrate by pretending to dig up dirt and bury his stricken rival. His actions were unquestionably distasteful but, when one considers what a foul-filled and ill-tempered match it had been, the mood of the Las Vegas boxer can be understood.

Plant’s stoppage, at 2-57 of the ninth round, was as sensational as it was unexpected. Until that point there was nothing to suggest that this one was not going to the scorecards. And had it gone that far, controversy would have occurred. Though Plant may have been ahead, the lopsided margins of 80-72 and 79-73 (twice) in his favour did not tell the right story of a close fight.

Plant, coming off of an 11th round stoppage defeat to Canelo Alvarez, threw a lot of punches and attacked well to the body. Dirrell’s faster hands and flashier combinations were giving him problems, however.

Referee Harvey Dock showed great restraint in not taking away a point from Dirrell. There were numerous warnings in which a defiant Dirrell appeared to be arguing with the official. In the third round, Dirrell fell on top of Plant who landed hard on his back. Plant was no angel himself, particularly in the eighth, when he threw the Flint, Michigan man down. Dirrell sprang right up in an animated fashion, one of numerous times he played to the crowd if not Plant himself.

Then came the fateful ninth. Plant landed a hard left to the body, then whipped a perfect left hook to the chin. Dirrell went down, his head hitting the canvas. He was out. It was immediately stopped. Dirrell eventually left the ring under his own power after a prolonged period of being attended to. He angrily exited as if he had been done wrong. “You’ve heard about how much he hates me,” said Plant, “but my head and heart is what won me this fight.” That and two great left hands.

The last time Gary Antonio Russell and Emmanuel Rodriguez met an accidental clash of heads necessitated the match be halted and called a No Contest after a mere 16 seconds. A headbutt also resulted in the rematch being terminated. In what was a mild upset, former IBF bantamweight belt-holder Rodriguez was awarded a technical decision. Officially, the end came two seconds into the 10th round.

The ending was confusing, but there was certainly clarity in Rodriguez’s superiority against his Southpaw opponent from Capitol Heights. Rodriguez, hailing from Puerto Rico, started quickly in round one by unleashing a two-handed attack that had the unbeaten Russell holding on. Then late in the round he landed a hellacious right uppercut to the body which drew a gasp from the crowd.

It was a frustrating night for Russell. He was knocked off balance several times. Rodriguez’s timing was better and he was regularly out-jabbing Russell.

Just before the bell rang to end the eighth round a short hook dropped Russell who barely beat the count. But credit Russell for coming out strongly for the ninth. Unfortunately the heads collided with Rodriguez getting the worst of it, going down and wincing in pain. It should have been stopped then, but referee Benjy Esteves allowed the action to resume even though it appeared Rodriguez might have been concussed.

The medics intervened between rounds. After a long delay they finally determined that Rodriguez should be pulled out as a result of the butt. Being that the cut under Rodriguez’s right eye was not severe it can be presumed that head trauma was the reason for the stoppage. They went to the scorecards in which Rodriguez led comfortably on all three by 100-90, 99-91, and 99-93 margins.

Frank Sanchez, the unbeaten Cuban heavyweight from Miami, threw heavy blows throughout, before finally catching up with Puerto Rico’s Carlos Negron and stopping him at 1-36 of the ninth round of a scheduled 10.

A right hook dropped Negron early in the ninth. Although badly hurt he battled back valiantly, but his jabs which had previously kept Sanchez at bay could do so no more. Sanchez forced Negron to the ropes and jolted him with a pair of hooks, forcing referee Ricky Gonzales into a timely stoppage.

Sanchez could conceivably find himself in the heavyweight mix sometime in 2023. If he has a glaring weakness it would be a lack of foot speed.

Michel Rivera, 24 years old and from the Dominican Republic, bears a striking resemblance to a young Muhammad Ali. However, even the name Ali adorning his trunks, Rivera did not exactly pay homage to his hero outside of a flash knockdown just before the final bell. All in all an uninspiring performance by Rivera in winning an eight round unanimous decision over Californian Jerry Perez. It was scored 79-72 twice and 80-71.

New Jersey’s Vito Mielnicki Jnr won a slow paced 10-round unanimous decision over Illinois’ Limberth Ponce by scores of 98-92 and 99-91 twice. In the final round the men engaged in spirited exchanges, but not much happened before then. Mielnicki piled up points with the jab throughout the bout.

Armenian heavyweight Gurgen Hovhannisyan made Kissimmee’s Michael Coffie retire at the end of the sixth round of their scheduled eight. Coffie had Hovhannisyan in some trouble in the third round, but then tired badly.

THE VERDICT: Wilder reminds an entire division of his vaunted power.