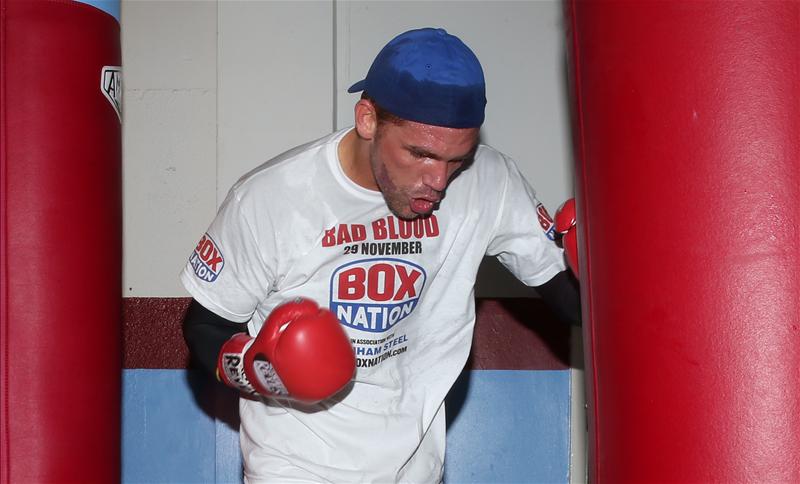 Mark accompanied his father, Jimmy, and their man Billy Joe Saunders to Marbella for their last training camp

We spent six weeks at the MGM gym in Marbella. We originally wanted to go three fights ago, as it offers a level of concentration Billy Joe needs now he’s at this level, that level of focus is so important.

We were living with Billy Joe more or less. At home, when he leaves the gym, we can say, ‘Do this’, ‘Eat this’, but we don’t know what he’s doing. Every fighter is different and Billy Joe’s character felt right for his.

I’ve got some friends who have been through there several times and the feedback has been brilliant. When dad said they wanted to go to a training camp, they were thinking of Malta at first. I’d never been to Malta but I did have a contact at the MGM and it was a no-brainer for me – how they operate, the facilities there are great, the people are fantastic.

We were able to put our sparring partners up and we had altitude training when we needed it, beautiful mountain running and the Marbella FC running track – which we were able to use – was fantastic. There have been certain times when we’ve wanted track work or hill-running back in England and we’ve been rained off; it’s always sunny in Marbella, it’s a nice environment to train in and we have great food laid on for us. Billy Joe’s got a nutritionist who sets out his diet, I worked with him and, above the MGM, is a bar called the Sláinte Sports Bar – Sláinte is Gaelic for ‘Health’ and used as a way of saying ‘Cheers’ – and we gave his diet sheets to the staff and they sorted his diet plan.

We were able to get a lovely house just five minutes away from the gym and we all stayed together. It was alright, we did it for Billy Joe. We knew his bout with Chris Eubank Jnr would be a big seller and he needed focus. It’s nothing special or scientific, it’s just that having the right people around him, making sure he’s been prepped in every department and leaving no stone unturned adds another level of confidence.

We’ve been to four or five foreign training camps now: Belgium, Cannes in the South of France, Basle and Lake Lugano in Switzerland. The difference between training at home and abroad is the total seclusion you get from the latter; you’re focused on the job and it gives you peace of mind, away from all distractions. It benefits all fighters, because staying in a comfort zone is not ideal. You need to be hardened, professional boxing is all about conditioning the mind as well. Training away from home makes you hungrier, your appetite.

The weather is very important because once a fighter gets past six weeks of a hard camp, the immune system starts to drop, because the body has been through so much, colds and viruses start to come on. Another big benefit is getting through a camp without getting ill. You want the temperature to be 12 degrees celsius or above and no damp in the air. The best camp weather-wise was Cannes, the weather is always fairly mild.

There are excellent facilities in Belgium but it’s a bit on the cold side. I have lifelong friends that live in Holland and they are very connected with the MMA and kickboxing scene in Belgium. The same in France, I have connections there, so we have access to gyms, boxing clubs, sparring. We get good sparring partners in Holland, very tough and durable; I like MMA-type fighters because they are more rugged. We get sparring partners from all over; when you have got expert facilities, comfortable surroundings and places to live, it’s a nice experience for them.

Going abroad is better for Tyson. In England the training is good but there’s still a lot of distractions, you don’t get close to the 100 per cent focus you get abroad.