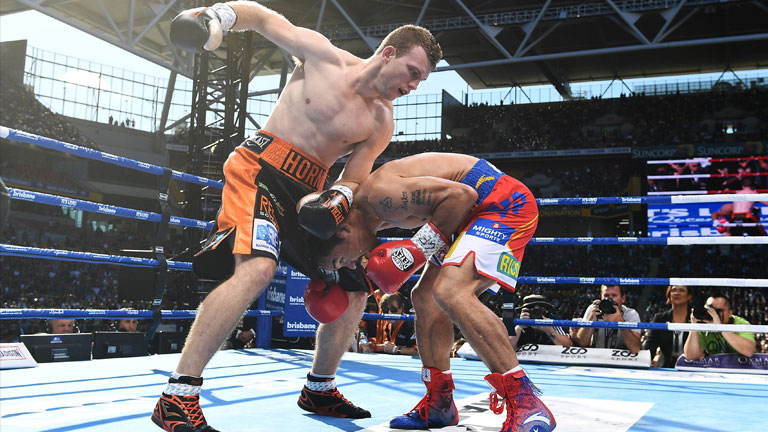 I couldn’t agree more with the choice from the judges in the winner of the Manny Pacquiao vs Jeff Horn fight!

It was around 8pm Saturday night, I was at Burgers and Brews in Santa Monica watching one of my favourite fighters, Manny Paquiao have his 68th professional fight.

Before the fight all my friends and I was guessing which round we thought Manny would win in. I thought five.

The fight started, I was watching it sober in a loud bar with no sound on the TV.

Even though Jeff Horn looked two weight divisions heavier than Pacman to my surprise, Manny struggled to find his range and struggled in there. As the rounds went on I couldn’t believe my eyes how Horn was doing enough to beat the Filipino. Along with all my friends, we were thinking that this is surely the end for him. Pacman had some big success in round nine, in fact if the round had another 20 seconds in it I think the fight could have been stopped.

Horn came back winning the championship rounds to win the fight by a unanimous decision.

During the fight I was tweeting out my thoughts and to my surprise a lot of people were disagreeing with me on there thinking Pacquiao was winning. The thing is when you watch a fight on TV and listen to the commentary whatever they say we kind of believe. Teddy Atlas on ESPN was clearly a ‘Pacman’ supporter so the viewers who were watching and listening to him where all super-surprised with the result.

After the fight even Lennox Lewis tweeted out “terrible decision, this is what’s wrong with boxing”.

I asked him if we were watching the same fight as I thought the decision was spot on, as did a friend of mine, boxing analyst Steve Bunce from BoxNation. He tweeted saying, “I have Horn winning by three rounds.”

Either way the thing that is bad for boxing is everyone saying ‘this is bad and ruining boxing’ and calling this a ‘disgusting decision’ because the people who never seen the fight only hear or see these things, which hurts the sport.