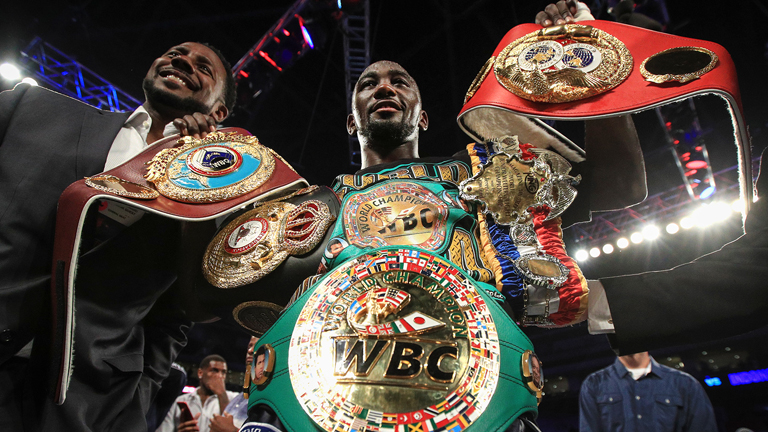 He officially relinquished the title yesterday (August 30) ahead of the purse bids for a mandatory defence against Sergey Lipinets, which were scheduled for today.

Crawford’s team wrote to the IBF to inform them of their decision, outlining that the impending deadlines for Crawford’s mandatory meant they did not have enough time to consider his next move.

The IBF confirmed to Boxing News that Crawford has vacated his title, and Lipinets will box the next available highest ranked contender for it.

After his third-round win over Indongo earlier this month, Crawford spoke about his desire to move up to welterweight and attempt to become a three-weight champion against the likes of Errol Spence, Keith Thurman and Jeff Horn, who looks set to rematch Manny Pacquiao.

The news of Crawford vacating one of his titles is not surprising. Though his achievement of winning all four belts was a huge one, the real struggle was always going to be keeping hold of them.

Prior to fighting Crawford, Indongo had been granted a mandatory exemption from fighting Lipinets and the organisation were not going to allow Crawford an exemption as well.

If Crawford is going to move up to 147lbs, it means he will vacate his other titles as well but there are undoubtedly bigger fights available to him at the higher weight.