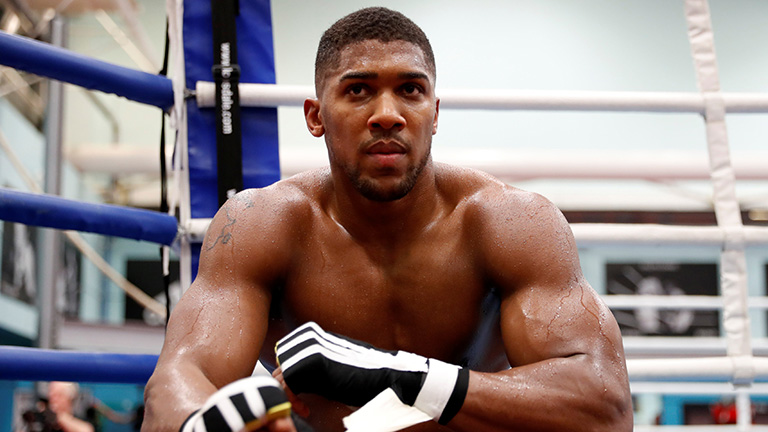 Richard Schaefer tells John Dennen why, win or lose, the Deontay Wilder fight will take Anthony Joshua to the next level

WIN or lose, Deontay Wilder is the fight that will take Anthony Joshua to a whole new, level of fame, acclaim and respect.

Richard Schaefer points to the example of Canelo Alvarez fighting Floyd Mayweather at such an early stage of his career.

“I was sitting in my office and Canelo was really pushing me, pushing, pushing, pushing, wanting to fight Mayweather. And he was so young back then. I don’t know, 22 years old, fighting the legendary Mayweather and he was insisting. So we made it happen and obviously he lost the fight,” Schaefer told Boxing News. He used to work for Golden Boy Promotions which staged the Mayweather-Canelo fight.

He explained, “I think that fight not only gave him a nice payday but I really think that fight elevated Canelo, even though he lost, to the next level. I think what he learned that night has helped him to really become [what he is now]. He went to the next level based on that fight and so it’s interesting to see that sometimes it takes a loss or even a loss can propel you to the next level and that’s what it did. And I think when you do go and make these big fights, like Canelo did with Mayweather or others did with Mayweather as well, when you do take those fights, even if you do lose in those fights, it takes you to a different level.”

Schaefer believes that fight is an example for Joshua and Wilder to follow. “I think the same is going to be true, we’ll see eventually when Anthony Joshua and Deontay Wilder will fight,” he said.

It’s a contest that would unify all four major heavyweight world titles. “Somebody’s going to win that fight and somebody’s going to lose that fight but I believe that even the loser will be a bigger profile person because you get exposure but you get respect as well,” Schaefer said. “You get respect from fight fans and so on, even if you lose, because if you keep challenging yourself and fight the best that’s what fight fans want to see.”