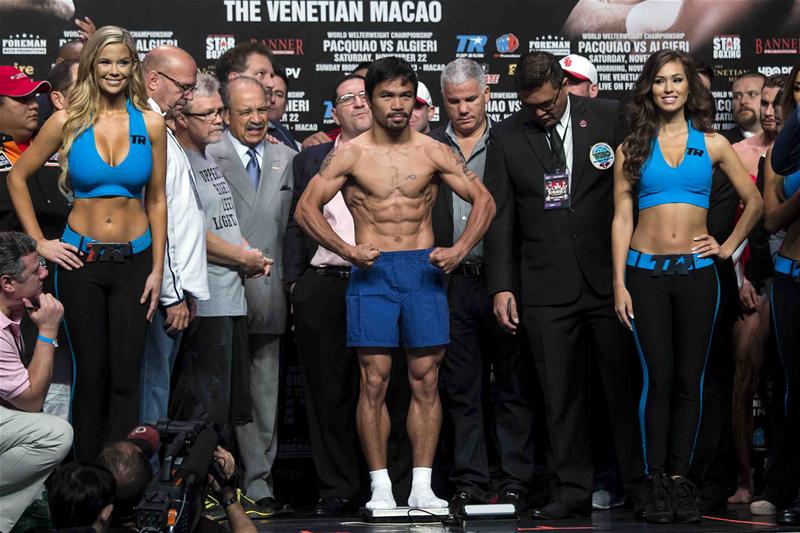 Manny Pacquiao has more chance of enhancing his legacy than damaging it, writes John Scully

MANNY PACQUIAO’S return to professional boxing from a short-lived retirement is not a surprise to me in any way, shape or form. Not only are boxers able to compete at higher levels into their later years more effectively than at any time in our sport’s history, but the money to be made by a select few men in the sport is usually too hard to pass up.

Manny’s place in boxing history as a legend is already secure, so at this point he can add to that much more than he can take away from it. At his age – 37 years old – it’s a win-win proposition.

In my opinion, Manny has looked well enough in his most recent fights to justify carrying on with his career. He’s not getting beaten up, and he doesn’t appear to be uninterested or unable to execute his skills and game plans. Outside of what I felt was him having a predictably difficult fight against Floyd Mayweather in May last year, he hasn’t looked any worse for wear or physically uncomfortable in his most recent fights.

I believe “Pac Man” is still an upper-echelon fighter, if not still one of the very elite. He still has energy and bounce in his step, he still pulls the trigger well, plus he has nice movement and punch selection. I believe he would be favoured over most guys around his weight and would perform well enough against even the very best. I’ve noticed many people starting to write him off at this stage, but I’d say that’s a bit premature. Taking into account his age and the amount of time he’s already spent in the game, he’s seemingly pretty well preserved in my eyes.

I think Jessie Vargas on November 5 is a great opponent for Manny – a great test. You’ve got to give Pacquiao all the credit for facing a young, strong kid like that who is coming off the biggest win of his own career (against Sadam Ali in March). Vargas is going to bring it all to Manny with everything he’s got. It’s a life-changing lottery ticket kind of fight for him, and you have to give a guy at Manny’s age and position full credit for choosing such a challenge.

I think Manny is no different than most any other fighter in the history of the sport. He loves to fight. It gives him a feeling that nothing else in the world can give him. It gives him a status and emotional boost that is something very few in the world have ever had in their lives. He wants to feel that feeling he’s grown so accustomed to. He wants to fight, be cheered, be revered, be respected, be in the spotlight. Winning a professional boxing match, let alone one on a world stage in front of millions, is something that brings about an incredible feeling that everyone in the world should get to experience at least once in their lifetime.

Let’s also be very real here, millions of dollars in purses have not and will not significantly diminish his motivation in the ring very much, either.