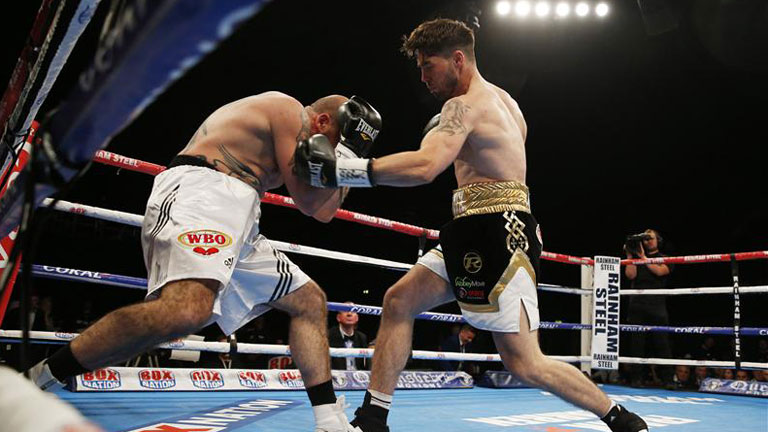 I WENT to Dublin last weekend to referee a small hall show on the out skirts of Dublin on the Friday evening and the big show at the National Stadium on Saturday headed by Jamie Cox.

There was a packed house at the Friday show of maybe 1,000 people with standing room only and a bar with the queue as long as the Hall. The beer was flowing freely, and I mention this because I know that a few beers and a contentious verdict from a referee can spark a troublesome night. Coupled with that, the show was due to start at 8 o’clock but an oversight by the promoter was picked up by the doctors – there wasn’t an ambulance in attendance. The two doctors and the promoter where furiously calling all and sundry to obtain one, which on a Friday night in Dublin was no mean task but eventually one was located and only arrived on site at 9:40. The crowd, with mums, dads, and children from all walks of life, just drank their beer, Guinness, or whatever was to their taste, and sat and chatted, no shouts of ‘why are we waiting’, no fights around the ring, no complaints at all. It was just a great atmosphere.

Then the first fight was due to start, I climbed into the ring, then the away fighter from Bulgaria, and then one of the home fighters who was from the promoter’s stable. The contest started, it was a four-rounder and at the end of a pretty evenly matched contest I gave the verdict to the Bulgarian. The audience were well refreshed with drink, they had even been kept waiting, many for over two hours, and their local boy had just lost, so can you imagine the booing and insults that were thrown at me? Well, no you can’t, because it never happened. This wasn’t in England, it was in Dublin, and everyone came to enjoy a great night of boxing and that is what they got.

Then Saturday off to the National Stadium to see what was another good show, Jamie Conlon was on but was not defending his WBO belt so the top of the bill went to Jamie Cox against Ferenc Albert from Hungary. Zoltan, Emile and Paul sat down in their judges’ chairs, introductions completed and off we go, the Hungarian had a good record and was coming off a run of 12 wins, so we we’re in for a cracker but alas (for me anyway) one minute and 11 seconds later, including two counts, it was all over, although it was awarded as a TKO it was in effect a count out as I stopped the count midway, so as to get some medical attention to Albert. I can’t really say too much about Jamie Cox as it didn’t last long enough but I tell you what he can’t half bang. A good house, many of them having a Guinness, no trouble and once again a good night had by all. I wonder if the Irish go to an event, be it soccer, rugby, boxing or whatever, and win lose or draw just enjoy the day.