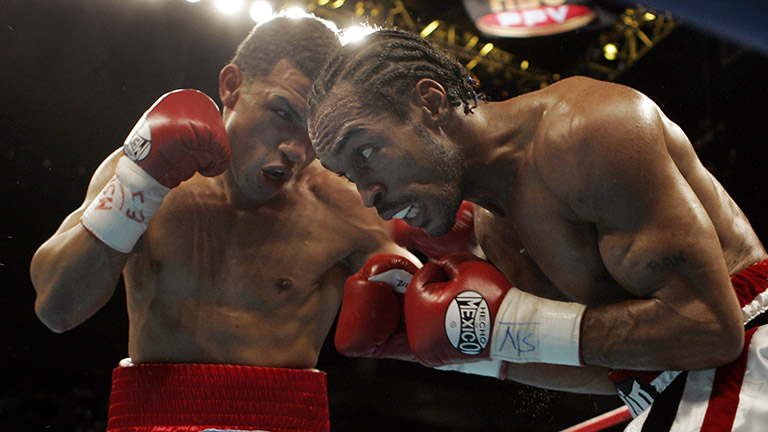 FORMER two-time boxing champion Randall Bailey will be involved in a bareknuckle event alongside Paulie Malignaggi against Artem Lobov on June 22. He is 44 years old, though was a fearsome puncher in boxing. He has not fought since his 2016 loss to Jeff Horn, former 140 and 147 pound champ Bailey, 46-9 (39) says he was “bored” and took his BKB bout with Brazilian MMA fighter Daniel Santos “to have a little fun.”

This fight is scheduled for five rounds, two minutes a round.

Q: How did this bare knuckle fight come about for you and how much notice have you been given for the fight on June 22?

Randall Bailey: “Well, I heard about these fights, this card, and I was bored so I thought I’ll try it. I’m looking to have a little fun. I called them and next thing you know they got me on the card. I’m excited and I’m ready to go. I’ve known about it since April but we just announced it this week.”

Q: How many rounds is your fight set for?

R.B: “Just five rounds, two-minute rounds. The weight, 155 pounds, that will be no problem for me, I’ll be just as strong at that weight. You know, I’ve been fighting forever and there will be nothing in this fight that I haven’t seen before. The only difference is we won’t have no gloves on.”

Q: And what about your opponent, 24-year-old Daniel Santos from Brazil. Have you seen anything of him?

R.B: “Nah, I’ve not seen anything, I don’t know anything about him. But like I say, it don’t matter. I’m just going to do my thing. Everything I did with gloves on, I’ll pretty much do the same thing without the gloves on. I’ll be looking to take it straight to him and punch straight at his face. You know, defence is still defence. Whatever he does, I’ll see it coming and I’ll counter it. I’m not going to change anything.”

Q: But as hard as you hit, are you not worried you could hurt a hand, or even break a hand, if you throw with full power?

R.B: “Well, in bare knuckle, there are certain punches you don’t want to throw. A shot to the nose is good, a punch straight to the chin is good, the eyes are always good [to punch]. You don’t want to hit behind the back of the head. But I’m looking for a knockout in this fight, definitely.”

Q: Have you done a good deal of training for this and was it strange not having gloves on when you were hitting the bag and were sparring?

R.B: “Yeah, I’ve been hitting the bag. You do wrap up [your hands] a little. You wrap up the back of the hand and the wrist and the thumb. I haven’t done too much sparring for this fight. But I’m ready to go, no doubt.”

Q: Are you concerned at all about two-minute rounds? Will you have enough time to get warmed up and get going, setting up your punches?

R.B: “Three minutes, two minutes, the only difference is, with two-minute rounds you have less time to move around. It lets me know I’ll have to start faster. I’m not looking to wait around. I’ll be looking to go all out.”

Q: Do you plan to have more bare knuckle fights after this one?

R.B: “We’ll see. If more shows come about, we’ll see. Trust me, everything I did before in my fights, I’ll do the same here. I’m getting a KO for sure.”

Q: You last fought in 2016 when you lost to Jeff Horn. Have you been in the gym?

Q: Regarding the main event between Paulie Malignaggi and Artem Lobov, how do you see that going?

R.B: “I’m worried about Paulie. He doesn’t hit hard and he used to break his hands back when he had gloves on, so how can he not think he’ll hurt his hands in a bare knuckle fight?”