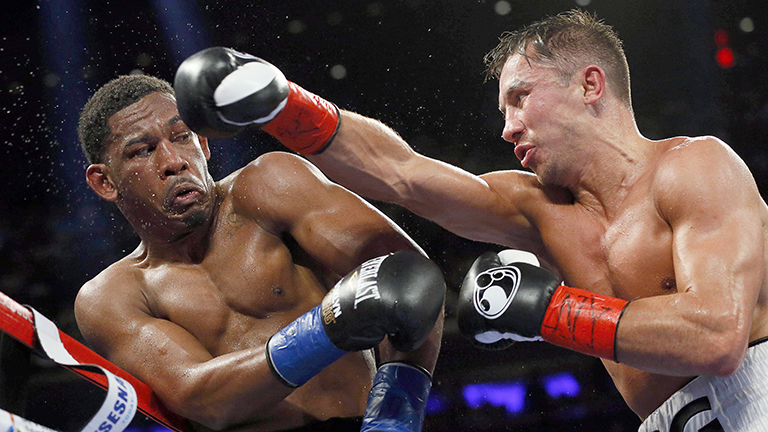 Hosea Burton, the former British light-heavyweight champion, boxed and beat Arias in the amateurs. He remembers their bout well.

“Me and Arias, he was number one in America at the time. I was fighting to get on the England team. I’d won the ABAs. I should have been the number one in Britain at the time,” Burton recalled. “I stuck to what I was doing, he seemed to be very strong. He had a good left hook on him. But I ended up beating him 10-6. He’s a good fighter but I really rate Danny Jacobs.”

He expects Jacobs to beat Arias. “I think he’s unbelievable. If he beats Danny Jacobs, well I’m going to start bragging that I beat Arias,” Hosea said. He not only thinks Jacobs will defeat Arias, he thinks he has the beating of Gennady Golovkin and Canelo Alvarez.

“I personally think Danny Jacobs will win that fight. He should win comfortable enough with his height and reach and he can punch. He’s a really big puncher for his weight. I’d like to see Arias for the simple reason because I beat him. But I can’t see it to be honest. I just see Jacobs winning.”