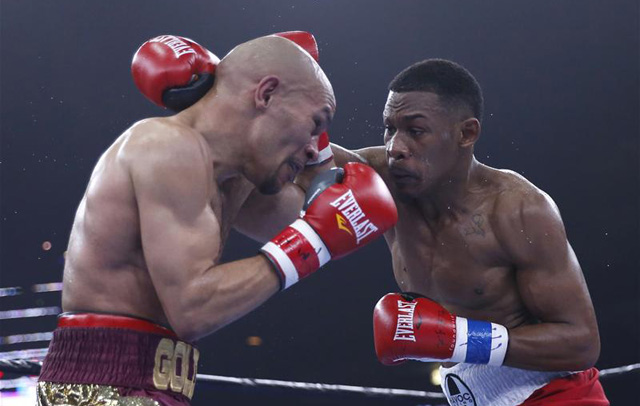 Unlike the WBA and WBC, whose 160lb belts – also owned by Golovkin – are still up for grabs for Jacobs, the IBF demands that fighters who are taking part in title bouts must participate in a check weigh-in on the morning of the contest. During this weigh-in, the competitors must not scale over 10lbs above the weight limit set for the fight.

While Golovkin took part in the check weigh-in – coming in at 169.6lbs – it has been reported that Jacobs declined to participate, seemingly deciding that he would rather give up his chance of claiming the IBF crown than restrict himself weight-wise.