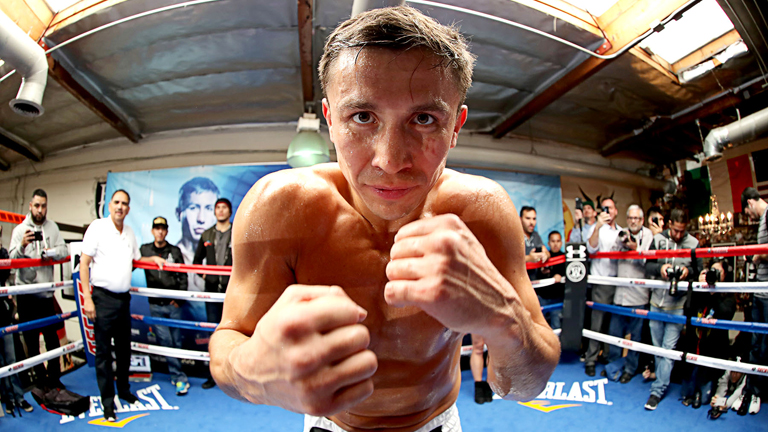 AT this current moment in time I can’t think of any fight in boxing that is as highly anticipated as the proposed contest between Saul “Canelo” Alvarez and Gennady Golovkin.

As with all great match-ups throughout boxing history both fighters have partisan sets of fans on either side who will argue to the death that “their man” will easily defeat the other. Go on any boxing forum, speak to any group of fighters or fans at a gym and you will hear convincing stories for both sides. Today I am going to attempt to break down why Canelo could be the one to inflict GGG’s first professional career loss, but it sure won’t be easy.

Golovkin is known as a destroyer with almost mythical punching power, and quite rightly so. He is, as of today, the middleweight champion with the highest KO % in boxing history. While being blessed with some God-given/genetic traits have no doubt contributed to that, I am far more convinced that it is GGG’s technical prowess that have enabled him to storm to the top of the boxing world. A fighter with tremendous balance, an acute sense of positioning and an unbelievable ability to cut off the ring. Golovkin finds himself ready and able to deliver bone crushing punches at any and every moment. The majority of Golovkin opponents have entered the ring and attempted to box on the back foot, not remain stationary and avoid fighting fire with fire, this has resulted with almost all being KO’d. Golovkin has proven to be somewhat an anomaly when it comes to KO wielding fighters, he has absolutely no problem fighting a mover. In general big punchers seem to struggle against movers because as you may not know, you need to set your feet to be able to punch hard. It is very difficult to set your feet if you’re constantly moving to catch up with a fleeing opponent. Where GGG has shown any vulnerabilities (and I use this term very loosely as he has still beaten every single opponent and nearly all of them by KO) is against opponents who refused to back up and in some instances even managed to push GGG back, although very fleetingly.

My first example of this would be in the Curtis Stevens contest. Stevens was thoroughly dominated, dropped and eventually stopped but he did have some success. Check out round four when Stevens unleashes a terrific barrage on GGG which forces the Kazakh to back off and give ground. It is evident Golovkin is not as comfortable going backwards as he is coming forward.

The next insight we get into Golovkin not being as effective when a person refuses to give ground is against Willie Monroe. Initially Willie went into the fight with what seems like the default game plan vs GGG (move, move and move). After being dropped, hurt and tiring Monroe decided “No Mas” to the movement and decided to stay in centre ring with Golovkin up close and battle from there. This is where he has his most success, landing some beautiful eye catching combinations. Golovkin fans will have you believe that GGG was “letting” Monroe hit him but as a fighter myself, I can tell you unequivocally, nobody “lets” anyone hit them. Once again go to round four to see evidence of this.

Finally we will look at the contest vs England’s own Kell Brook. Kell was moving up from welterweight to middleweight for this contest so it was always going to be a tough ask for him to put a dent in the titanium chinned Kazakh but Kell did land some excellent punches, he met Golovkin in the centre of the ring and he definitely got his attention. The uppercut was a punch Brook was able to land with great venom.

So how does Canelo factor into all this? Well let’s first clarify what Canelo is. Alvarez is a barrel chested, strong, and fast, boxer puncher with an underrated defence, bags of experience and absolutely no respect for his opponents during a fight. The odds are not as firmly in the Kazakh destroyer’s favour as you may have once thought. Historically what has given Alvarez problems? Movers. I think it’s safe to say that he may not have this problem against Golovkin. Anyone who has met Alvarez head on in the centre of the ring has found that his hand speed, combinations and punching power stack up to be an overwhelming factor. Canelo is seldom hit by clean punches, he has an excellent sense of rolling with punches to take the sting off and brilliant trunk movement. I feel this could be a huge factor in the GGG fight as he has shown that mid-close range is not his ideal distance and his trunk movement does not allow him to be slick defensively. If we further explore Canelo’s strengths I’m sure we would agree that his best punch is arguably his sneaky uppercut, this doesn’t bode well for an opponent who has shown a track record of getting hit with uppercuts.

Once we objectively look at the strengths and vulnerabilities of both fighter we can then begin to get a better understanding of why the fight is so fascinating and how the fight could swing in either direction. Would Canelo meeting Golovkin head on in the centre of the ring, showing no respect and refusing to give ground cause Golovkin to fight and exchange at a distance which has shown to be sub optimal for him? Of course it could! Likewise could Canelo’s machismo and game plan lead him to walking into Golovkin’s office, putting himself well within punching distance and harm’s way of the Kazakh thunder? Of course it could! That’s what makes this fight so interesting. That’s why we love the match up. That’s why we love boxing.

Aarron Morgan fights fellow unbeaten pro Joe Pigford on May 20 at the Copperbox in London.