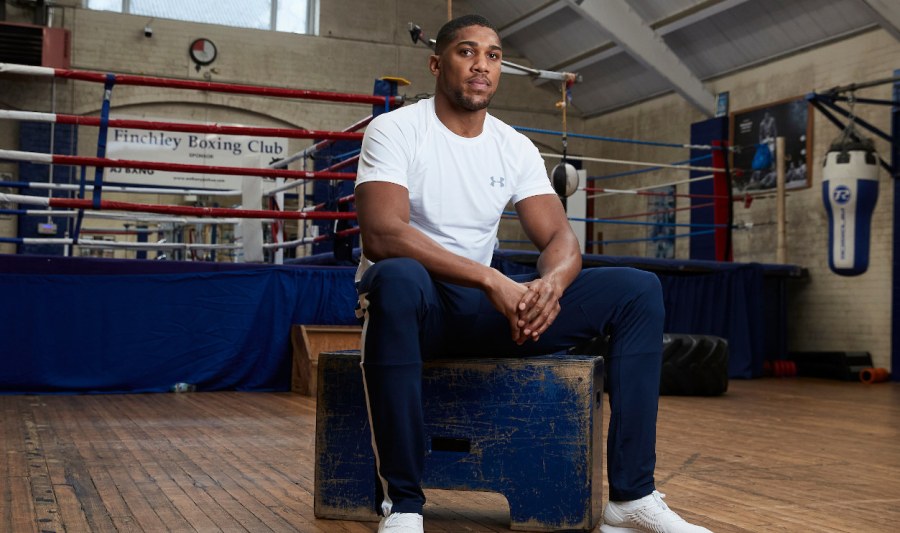 ANTHONY JOSHUA, the unified heavyweight champion of the world, has made a significant intervention to support amateur boxing in Great Britain.

It’s not only a donation, though of course individual donations have never been more welcome to the amateur sport, but he has set up a fund that will be ringfenced for amateur boxing clubs solely and administered by the national federations of England, Scotland and Wales. The details of how clubs can apply will be shared in the coming days but the system will be modelled along the lines of how grants from Sport England’s Tackling Inequalities Fund were distributed. Joshua’s wider financial support will be bolstered by Under Armour, who have offered to match his backing through the supply of their products.

It comes at time when amateur clubs have been hammered by shutdowns and the impossibility of holding their own events during the pandemic. The support of such a high profile figure as Anthony Joshua for the amateur sport in itself highlights this issue of real importance. Amateur boxing clubs provide physical fitness of course, but also increasingly support mental well being too and foster a sense of community and belonging often in areas that most need it. To a greater degree than any other sport in the UK, amateur gyms provide their services in the most deprived parts of the country. If they were to go under, the fear is that there would be nothing to replace them.

“Boxing helped shaped me, both physically and mentally. It is no secret that without boxing and the family created around my amateur gym, my life could have been very different. The sport has given me a lot and I want to help highlight the issues effecting grass roots clubs and do what I can to keep the lights on for those most in need,” Joshua said. “I would like to thank the federations of England, Wales and Scotland for their support in helping facilitate how the financial aid reaches the most effected clubs in their regions and also agreeing to make sure the money goes directly to clubs.

“I am not using this as an opportunity to criticise government for its lack of funding towards boxing, these are unprecedented times, however I would like to use my platform to respectfully ask them to rethink their stance. Without support we will lose community hubs and potentially the stars of tomorrow.”

The chief executive of England Boxing Gethin Jenkins said, “We are delighted to receive and we thank Anthony for this much needed financial support and for drawing attention to the role and support the clubs offer in their local communities and with it the need for greater government support to grass root boxing clubs. This is all the more so, given that 40% of our clubs operate in the highest 20% of marginalised areas in the country.”

Colin Metson, the chief executive of Welsh Boxing said, “We are extremely grateful to Mr. Joshua for his generosity in supporting Welsh Boxing and our affiliated clubs. Our clubs have suffered significantly during the year, with the restrictions caused by the pandemic causing extensive disruption and loss of gym time, plus the inability to run club shows which generates vital income for the clubs.

“The news of Mr. Joshua’s support will be a welcome tonic to our clubs at a time of real need, particularly those clubs in more socially deprived areas. On behalf of all at Welsh Boxing, we would like to say a huge thank you to Anthony Joshua and his team.”

At Boxing Scotland, chairman Kevin Bell said, “On behalf of Boxing Scotland, I would like to thank Anthony and his team for the offer of financial assistance to clubs that will be of great support to the amateur boxing community in this country.

“It is to Anthony’s great credit that he recognises the impact of COVID-19 on amateur boxing, from loss of training among boxers to the inability to host shows that sustain clubs financially. It is also the hallmark of a true world and Olympic champion that he has proactively sought to help amateur boxing – which he acknowledges played a significant role in his career – during this ongoing period of uncertainty.”