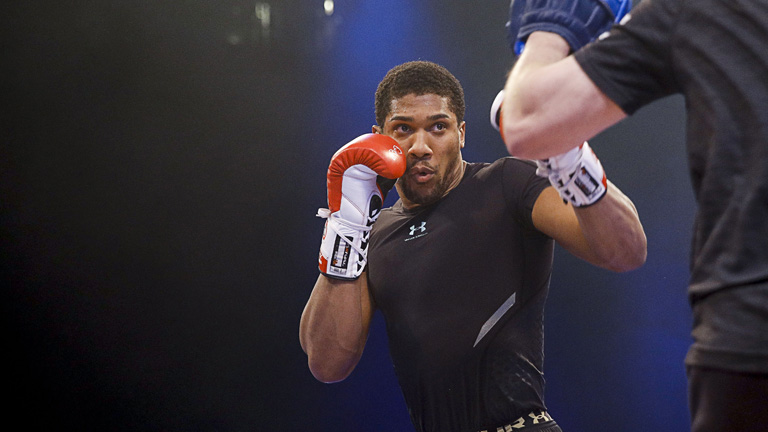 WHILE he is the unified heavyweight champion, Anthony Joshua is not, yet, the undisputed ruler of the division. Joshua defeated Wladimir Klitschko in thrilling style and now holds the IBF and WBA heavyweight titles. The WBC crown is held by Deontay Wilder and Joseph Parker holds the WBO. Plus a certain Tyson Fury has never lost his titles in the ring, even if he still needs to be licensed to box once again.

Tony Bellew is in a better position than most to judge the heavyweight division. He beat David Haye in his first fight at the weight and plans to continue to campaign at the weight. Bellew maintains that Anthony Joshua is the number one in the division. “To me he’s the best heavyweight in the world, defeating Klitschko the way he did. It was unbelievable the way he done it. Don’t get me wrong, Tyson Fury is a brilliant fighter he really is and I can still see people still have him as the lineal heavyweight champion of the world. But at the end of the day it’s 18 months ago [since Fury beat Klitschko] and he hasn’t done a single thing since and it needs to be addressed,” Bellew told Boxing News.

The Liverpudlian dreams of winning a heavyweight world title himself, but admits he would never challenge Joshua. “There’s not a chance in this world I’m getting in with Anthony Joshua. It’s not happening. I actually really like the lad. I’ve got to know him over a period of time. That aside, I don’t want to get punched everywhere. He’s too big. I can probably make him miss the first two punches but he’s the only heavyweight in the world who gets in front of another heavyweight and throws three, four, five, six punch combinations and doesn’t care what’s coming back. So I might make him miss with one or two but three, four or five will get me. At that weight and that size, he’s probably going to hurt me as well. There’s no point in making a load of money and then I’m in a grave,” Bellew said. “I do really like the lad, so I’d struggle to get up for it, first off and second I don’t want to get an arse whooping off a guy his size. There’s nothing I can do to him.

“He’s too big, too strong, too fast and too young and too fresh.”

For his own title fight, New Zealand’s Joseph Parker is one of Bellew’s options. “Parker poses some similar problems to be honest but I don’t believe he’s anywhere near as technically good as Joshua. I don’t believe he’s anywhere near as fast and I don’t believe he’s anywhere near as powerful. What he has got, he has got that youth on his side and he has got ability. He is strong, to be fair. Not as strong as Anthony Joshua but he’s strong and he’s got youth on his side. They’re the advantages he has over me. Technical ability, absolutely not. Speed, absolutely not. But youth and power, yes he does. I’ve got to weigh up the options, the pros and cons and see if it’s worth doing. If it is, we’ll do it. I’ve got a couple of big nights left in me, we’ll just be wise with the matches.”

There was another option he ruled out. He did not consider fighting Fres Oquendo for a WBA regular belt a real world title fight. “I reckon I could have got Oquendo for the WBA regular but I’ve already gone on record saying I don’t believe that’s a world title. Everybody knows my thoughts on the WBA regular title, it’s not a world title,” he said. “Even though it’s a heavyweight version of a title, I can’t go back on my word now because I’m a heavyweight. It’s not. I mean, Fres Oquendo when was the last time he boxed, 1995?