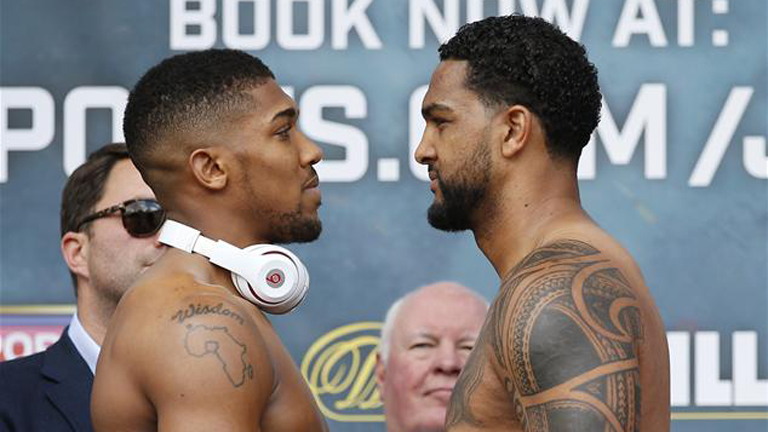 Kubrat Pulev is the most likely opponent for Anthony Joshua on November 26, writes John Dennen

IBF heavyweight Anthony Joshua will box in the Manchester Arena on November 26, a month after Tyson Fury and Wladimir Klitschko’s scheduled October 29 rematch for the WBA and WBO heavyweight crowns in the same venue.

“The O2 wasn’t available, it’s a bigger arena, they’re the main two reasons really. Obviously we’ve done a lot of O2 cards, we had April 9, June 25 and this one September 10, so decided to go up north,” promoter Eddie Hearn explained. “We tried actually to get the Millenium stadium for December 3 but they’ve got an event on December 10, which wasn’t confirmed and when we challenged them they only wanted to do one date, because of the pitch, in December.

“We’ll sell out in the first 10 or 15 minutes. It’s nothing to do with the Fury fight, it’s just that’s where the biggest stadium is in Manchester… It’s different kind of audiences I think as well.

“Deep down they’ll know who the draw is but saying that, Tyson Fury’s got the bigger achievement in pro boxing. When you talk about bargaining for that [Fury-Joshua] it’s a pure 50-50 fight. Joshua’s a much bigger name, Tyson Fury’s got the better win. I think they’ll feel the same way. I don’t think that will be a difficult fight to make when all the mess is cleared.”

The most likely opponent for Joshua’s next fight is Kubrat Pulev, the European heavyweight champion, although New Zealand’s Joseph Parker and former WBC champ Bermane Stiverne are also in the frame.

“I like the Pulev fight,” Hearn said. “I would think that smaller guys, with faster hands are more dangerous against a man with size and that’s why I think Pulev is a good fight for AJ because it’s European style, jab-right hand.

“They’re all difficult [to make]. They all want a fortune. We’re having to pay a lot of money for opponents but they’re all looking at Anthony Joshua and looking at the numbers and saying I’m not fighting him for peanuts so pay me up.

“Pulev’s definitely the most likely, but having said that he’s not jumping out of his seat to take the fight… He’s got decent backing in Bulgaria and Germany, perhaps he’s happy to take a fifth of the money to defend his European title?”

Hearn is hoping to arrange Parker versus David Price and Dillian Whyte versus Dereck Chisora for the November 26 undercard.

Price and Parker both seem happy to fight. “I think that’s the one that’s okay. The problem is Chisora, that’s going to be a problem,” the promoter said. “If Chisora wants some stupid number for that fight obviously it’s not going to get made. If he’s sensible and wants to make a nice few quid for the fight, it can get made.”

Hearn continued, “If we both turn round to them [Parker] and said let’s do the Joshua fight, they can’t really say no but I think Parker against Joshua could be a really big fight but we need to build him here first. If he [Parker] knocks Price out, that fight becomes really big, if Price knocks Parker out that fight becomes really big and we need to build the opponents as time goes on,” Hearn explained. “When it comes down to it, they [opponents generally] either don’t want to fight or they want to price themselves out. Parker’s team are quite sensible in that they want to improve and when they fight Joshua they want to be a better fighter than they are now, so that’s why they’re fighting [Alexander] Dimitrenko, they’re open to fighting Price and then they’ll fight Joshua.”