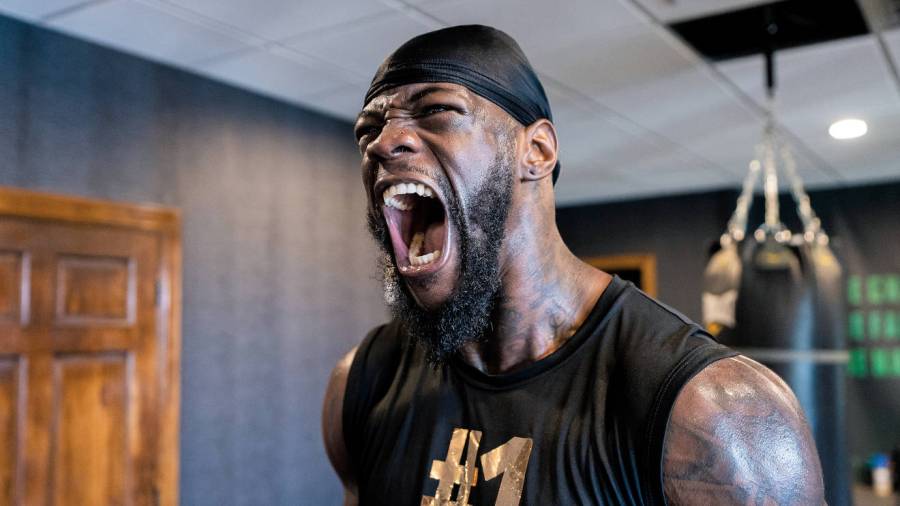 Deontay Wilder has said he's coming back. Who should he fight?

Darren Barker
Former IBF belt-holder
You can sling him in with anyone, he’s so exciting but how about a Martin Bakole, a Joe Joyce or for the entertainment value in the build up imagine Dillian Whyte. There’d be a bit of needle in that one.

Tony Jeffries
Olympic medallist
I’d like to see him in there with Dillian Whyte, Joe Parker or Andy Ruiz to show he can still operate at a high level.

Lisa Whiteside
C’wealth Games gold medallist
Dillian Whyte would make an ideal return opponent. He just fought for a world title and lost against Tyson Fury who is only guy to have beaten Wilder.

Charlie Sims
Boxing manager
From a managerial point of view I’d probably be looking for someone like Otto Wallin or Kubrat Pulev. Someone who isn’t quite world level but just on the fringe and I think they will give him a stern test back getting the rust off and getting back into winning ways.

Declan Taylor
Sports reporter
The Andy Ruiz Jnr fight makes a lot of sense; former champion, well known in America, enough about him to get Wilder’s juices flowing. I think it would be useful for him to go a few rounds instead of a one or two round job too.