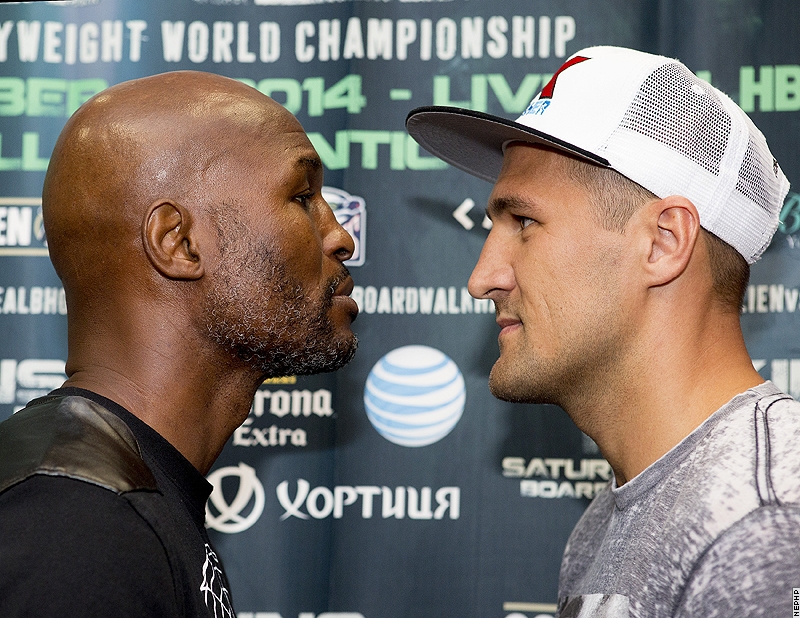 ON Saturday, ageless wonder Bernard Hopkins will face “Krusher” Sergey Kovalev in an attempt to further defy his time. But lethal puncher Kovalev has other ideas.

Who will win? Here eight big names from the sport give their pre-fight picks on the action.

“I think it’s a very good fight. I’m going with Hopkins by close decision. His experience, his guile, will eke out a close decision only the boxing purists will appreciate. Kovalev brings great strengths, that fall right into Hopkins’ traps. Hopkins via decision – unless Father Time catches up with him in this fight.”

“I think Hopkins may try and old-school Kovalev, like he has done to a lot of other fighters. But I think Kovalev is too rough, too young and he hits too hard. Also, he’s made of iron, so I go for Kovalev to win. But with Hopkins you never know.”

“I really don’t know what to expect from this fight. If Kovalev does not get frustrated in the fight due to Hopkins’ antics, I think he might get the win. But I just don’t know for sure.”

“I think Kovalev can get the win, if he’s not scared or intimidated by Hopkins.”

“Kovalev should win, he hits so hard. But then he’s never really been tested. I want to see how he reacts in the later rounds. It’s hard to go against Hopkins, he knows how to win and he makes anyone he fights look bad. He is an alien (laughs), and also a very smart and wise fighter.”

“I think Bernard Hopkins has too much savvy for Kovalev. That being said, this fight is a tough pick, as Kovalev is very powerful. Let me pick Hopkins to win by decision.”

“I think the fight all depends on how Bernard deals with Kovalev’s power. Hopkins has been in this type of situation before, so I reckon Bernard wins a rough decision – but he could also get knocked out because Kovalev has freakish power. I think it’s a great fight. My pick is Bernard by rough decision.”

“I think Hopkins will win via a decision. But Hopkins might even get a KO win.”