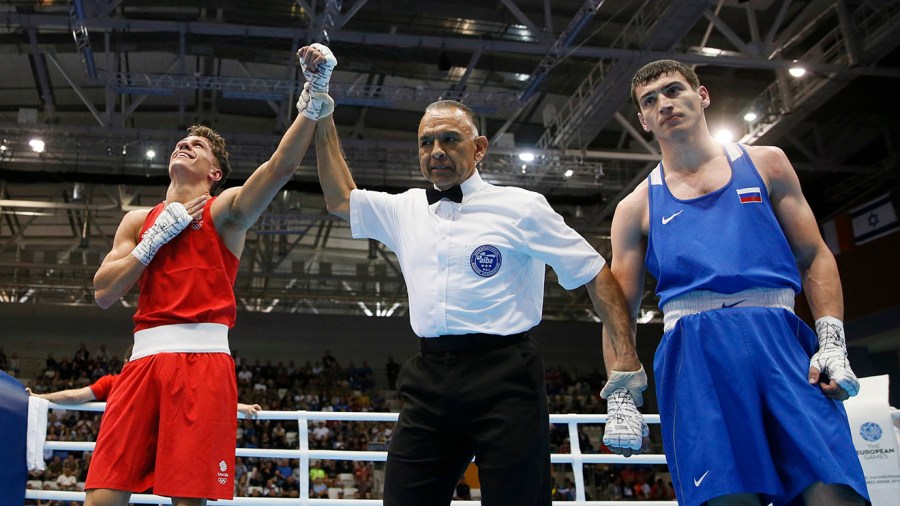 With a year to go to the Olympics, we consider who are the contenders for gold medals at Tokyo 2020

IN just over a year’s time, on August 9 2020 at the Kokugikan Arena, the historic sumo venue in Tokyo, the new Olympic boxing gold medallists will be decided.

There is at long last clarity that the Olympic competition will take place. It’s time to turn our attention to the boxing itself and consider which athletes will come to the fore. With 12 months to go and a tough qualification process too, it is hard to predict who will emerge as champions. But here we pick out some names to look out for over the coming year:

Widely regarded as one of the most talented boxers on the GB set up, McCormack is a veteran of the last Olympic Games and after subsequently rising to welterweight has been highly impressive in international competition. He won the Commonwealth Games last year but most significantly took gold at the European Games earlier this year. Britain have a strong squad, with Welsh middleweight Lauren Price and light-heavyweight Ben Whittaker potential standouts to watch during qualifying as well.

It’s not easy stepping into Ireland’s lightweight berth. Harrington was following in the footsteps of the august Katie Taylor, an Olympic champion, five-time World champion and all round legend. But Harrington has come into her own. She won a World gold medal herself in 2018 and took silver in the European Games, meeting highly experience Finn and Katie Taylor conqueror, Mira Potkonen in the final. Wisely Harrington is sitting out the European championships to let a hand injury recover. She should be in the reckoning by the time qualifying for Tokyo 2020 comes round.

As well as having Michaela Walsh in the new Olympic weight division of 57kgs, Ireland have another contender in Kurt Walker. The bantamweight is a European Games gold medallist and in the process he outscored England’s excellent Peter McGrail.

If the nadir if the US men’s team was coming away from London 2012 with no medals, they have been on an upswing of form. A good performance in Rio, with medals for Claressa Shields, Shakur Stevenson and Nico Hernandez, bodes well for America in Tokyo. They have a team of young boxers who are doing well. Middleweight Troy Isley has caught the eye. He has only just turned 21 years old but, in the process of winning a qualification event for the PanAmerican Games, beat the reigning Olympic gold medallist and a particularly good one too in Cuba’s Arlen Lopez.

He’s by no means the only American to keep an eye on in the current cycle. Duke Ragan is a bantamweight World silver medallist and Virginia Fuchs is a long-serving flyweight on the American squad who has shown she can medal in major tournaments.

Cuba have a brilliant squad, even if some of them are ageing, in amateur boxing terms that is. Light-heavyweight Julio La Cruz has won four World championships and one Olympic Games but even he can’t go on forever. Lazaro Alvarez, an excellent lightweight, is a three-time World gold medallist but has not won an Olympic gold. It might end up being third time lucky for him. But equally a less celebrated name could emerge from the Cuban squad. Andy Cruz looked superb at 64kgs as he won the World championships. Highly elusive, a touch more aggressive than some of his counter-punching countrymen, he’s just 23 years old. He might not be invincible but he will be hard to beat.

In 2016 the name Oleksandr Khyzhniak meant little. He appeared in an Olympic qualification event, giving a good account of himself in a losing bout against Joshua Buatsi. With hindsight that was a great result for the Briton. The following year, now down at middleweight Khyzhniak won both the World and the European championships. He remains in commanding form, winning the European Games in Minsk, with a good victory over Italy’s Salvatore Cavallaro in the final.

Ukraine could well have a good team in Japan with their super-heavyweight Viktor Vykhryst also a contender in his division.

China have a strong women’s team. That was shown in their haul of six gold medals at the Asian championships this year. With the IOC insisting on a greater weighting towards women’s weight divisions and places for female boxers at the next Olympics, there will be ample opportunities for medalling here. Middleweight Li Qian is a long time campaigner for the Chinese team. She won a bronze medal at the last Olympics and took gold at the most recent World championships. With Claressa Shields and Savannah Marshall, the field at 75kgs is slightly clearer than it was in the last cycle, although Lauren Price and Nouchka Fontijn will be strong contenders from Europe.

Russia are a perennially strong team, though it’s hard to forecast which boxers they will bring into their squad for Olympic qualifying. The World championships coming up later this year are not qualification events but Russia, on home turf, can still be expected to lay down a marker of their quality. In the women’s team they have Anastasia Belyakova, a lightweight Olympic medallist and European silver medallist. In their men’s team heavyweight Muslim Gadzhimagomedov was their only champion at the European Games in Minsk. He is only 22 years old and could be the man to challenge Erislandy Savon, the Cuban who has been the leading light at 91kgs in recent years.

Who do you think will win gold medals at the next Olympic Games? Comment below to let us know