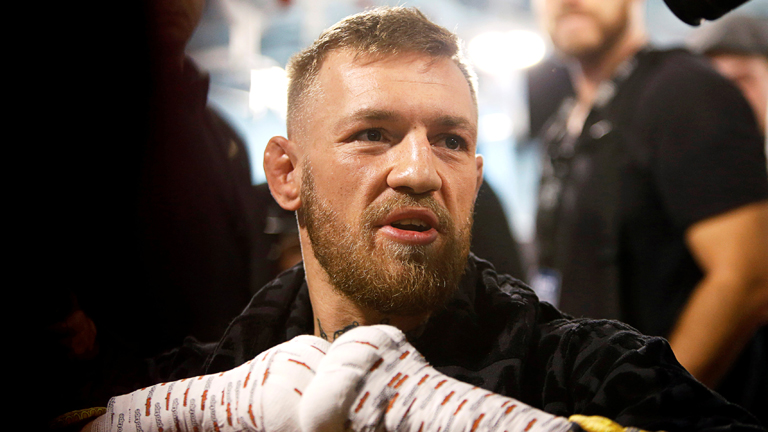 Win or lose, Conor McGregor will have lucrative options ahead of him

REGARDLESS of how you think Conor McGregor’s fight with Floyd Mayweather this weekend will go – and, for the record, we expect Floyd to trounce him – the Irishman will be an incredibly rich man afterwards.

While Mayweather has once again promised to ride off  into the sunset after the Las Vegas clash, McGregor claims he will fight on, whether that be as a boxer or in the UFC, where he holds the lightweight title.

While it’s hard to look past this gargantuan and grotesque fight, bookmakers Betway have laid odds on who McGregor will fight next. For all you who are turned off by the Mayweather fight, look away now, because Betway have installed a rematch as the favourite for Conor’s next step.

“There may be no rematch clause, but it’s hard to imagine Mayweather not accepting a second fight with McGregor if the Irishman pulls off an upset on Saturday night,” Betway’s Alan Alger said.

“Mayweather has also dropped hints of stepping into the Octagon to fight McGregor, and we’re 5/2 for the Irishman to face off against Money for a second time in his next fight.”

Despite the increasingly bizarre odds, McGregor is not expected to topple Mayweather and if he did, it would be one of the biggest upsets in sporting history.

UFC President Dana White expects McGregor to return to MMA after the Mayweather fight, though depending on how he does against Floyd the proud Dublin man could could potentially continue boxing. The UFC have a December 30 date booked in Las Vegas, and White has said McGregor wants an MMA fight before the year is out.

Betway are offering a trilogy fight with old UFC rival Nate Diaz at 7/2. Diaz handed McGregor his sole UFC defeat last year, before McGregor exacted revenge in their thrilling rematch. A third fight would be huge.

Those same odds are offered for McGregor to fight Tony Ferguson next. Ferguson will fight Kevin Lee for the Interim UFC lightweight title meaning that, when he returns to the octagon, McGregor must defend his full title against the winner or vacate. Lee is available at odds of 11/2 to fight McGregor.

Russia’s Khabib Nurmagomedov – who Ferguson was set to fight earlier this year, only for Khabib to pull out of the fight a day before after being hospitalised – is a 5/1 outsider for McGregor to fight next. Conor had reportedly told White that he wants to defend his UFC title against Nurmagomedov in Russia.

Surprisingly, former McGregor sparring partner Paulie Malignaggi is at 12/1 to be Conor’s next opponent after Mayweather. The pair had a very public falling out after Paulie quit McGregor’s camp, and there is speculation that they could meet in a boxing match next year in New York on St Patrick’s Day.