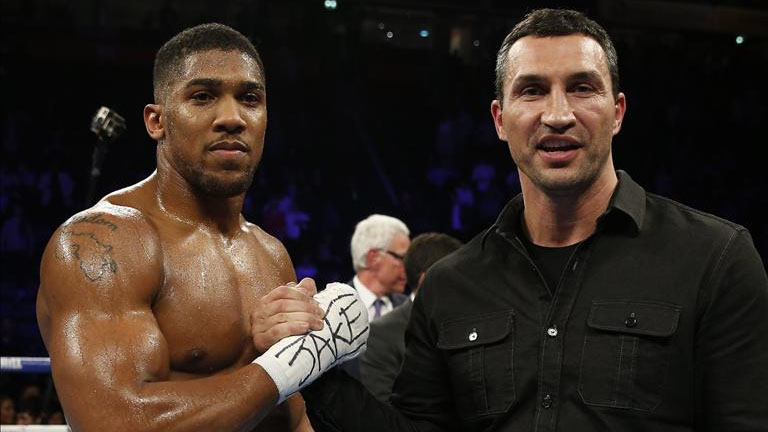 Just who is the heavyweight champion of the world, asks John Dennen

Is it Tyson Fury?

He after all is the man who toppled Wladimir Klitschko. He should be the heavyweight champion of the world. But he has been inactive for well over a year and with his much publicised health issues and allegations of drug use, claims which still need to be resolved, Fury has retired. Essentially he has left the throne vacant.

Is it Wladimir Klitschko?

If Tyson Fury took the top spot from Klitschko does that leave the Ukrainian as the number one in the absence of the brash Mancunian? Arguably, but it’s a hard argument to make. Klitschko also has not competed for over a year, even if that’s through no fault of his own. And he possesses none of his title belts of old.

Is it Joseph Parker?

He has won the WBO heavyweight title, beating Andy Ruiz for the vacant belt. That is a good result and Parker has been quietly bolstering his track record. But he needs to do more to solidify his standing and is the most recent of the current world titlists to win his world championship belt.

Is it Deontay Wilder?

The American has an undefeated record. He holds the WBC heavyweight title, which was the belt held by Bermane Stiverne, but Vitali Klitschko before him and the great Lennox Lewis before him. Being able to trace his championship lineage back to Lennox gives Wilder a strong claim. But he has not had the defining championship defences yet and his next opponent, Gerald Washington will not advance Wilder’s standing.

Is it Anthony Joshua?

Joshua is an Olympic gold medallist and has looked by far the best of the rising heavyweight prospects. He won the vacant IBF heavyweight title and though he hasn’t beaten the top tier opponents, he has destroyed the gatekeepers and contenders he’s faced. That shows he’s a level above. He boxes Klitschko on April 29, as high a level fight as he could wish. It will unify the WBA and IBF titles and, in my opinion, announce the world’s best active heavyweight. In the mean time the throne is going to have wait for its new king.