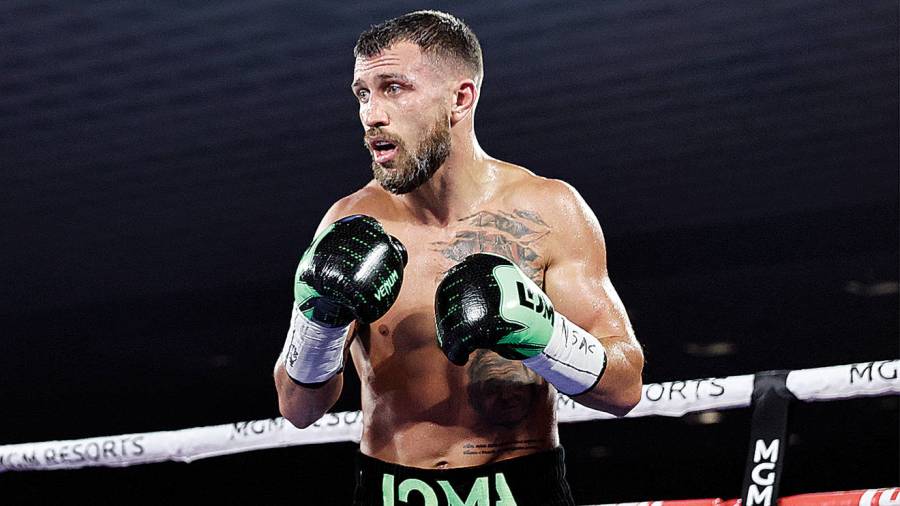 The best of the division have been in action recently, who would you say is the best lightweight in the world now?

Anthony Crolla
Former WBA belt-holder
You’ve got to rate George Kambosos as number one because he’s the man who beat the man. However I would back Vasiliy Lomachenko to beat all of them.

Matt Macklin
Former top contender
I think Lomachenko by a fair stretch. He got caught on the hop a bit by Teófimo López and that’s taking nothing away from Teófimo. He was slow out the gate and gave himself a mountain to climb. Then Teófimo got caught with complacency against George Kambosos.

Tony Jeffries
Olympic medallist
For me it’s Lomachenko as he has by far the best resumé in the division and is the most complete fighter. His only loss was to Teófimo López after a long layoff and I believe he wins a rematch.

Declan Taylor
Sports reporter
Vasiliy Lomachenko is the only genius at the weight so I’d have to pick him, especially as Teófimo López will surely never weigh 9st 9lb again. That said, Loma vs Gervonta Davis is THE fight in the division.