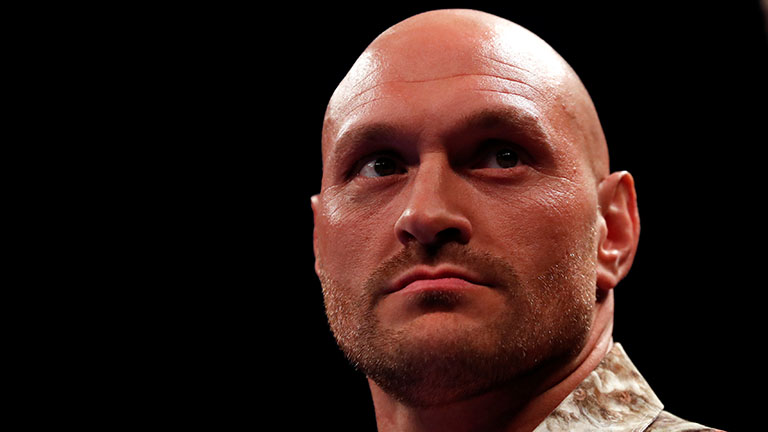 John Dennen considers who is Sefer Seferi, the man who will fight Tyson Fury next

SO indeed who is Sefer Seferi? Depending on how you look at it he’s the second best cruiserweight in Albania. Or the worst (of the two.) Both, according to BoxRec’s rankings are true, with Sefer coming second in Albania only to Nuri Seferi, his 41-year-old brother.

Sefer is also the man Tyson Fury will fight on June 9, at the Manchester Arena, for the former heavyweight champion of the world’s return to boxing. On paper it is undoubtedly a mismatch.

The most striking thing about Seferi is that he is indeed a cruiserweight. Although he’s boxed at heavyweight a couple of times in his career, his one and only fight of 2017 was at cruiser and when he boxed in March he was just 202½lbs. Fury is not just a heavyweight, he’s a huge heavyweight. Tyson is six foot nine inches tall. Seferi will be diminutive in comparison. He was far smaller than Manuel Charr, himself hardly an imposing heavyweight.

There is also the dearth in comparative talent. Fury let’s not forget was indeed a unified heavyweight champion. He turned over Wladimir Klitschko in Germany to win the IBF, WBA and WBO heavyweight titles in a stunning display of skill over 12 rounds.

Seferi’s claim to fame is the 12 rounds he went with Manuel Charr, a result which I suspect says more about Charr’s capabilities than the Albanian’s qualities. Seferi is not only small compared to a heavyweight. He punches with his arms, rather than his whole body, and can be hesitant with his shots. Unlike Charr, surely Fury isn’t going to plod forward and wait as an inviting target in the pocket. Depending on how long the fight with Fury lasts, expect Seferi to tire. But he is not irredeemable. He is tough. Even if he did wilt against Charr at times, he clung on to go 10 rounds. He is game, cantering forward to throw flurries of punches when he can. So Tyson can expect pockets of resistance.

Seferi is not a good opponent, he won’t beat Tyson Fury, but it has come as no surprise that the former champion is returning against a soft touch. He’s easing his way back in. Despite the boasts that naturally came when Fury announced the date for his comeback, his promoter Frank Warren reminded everyone that Fury had been out of action for more than two years. He needs to shed weight, which he has been doing, and shed ring rust which he will do in Manchester. He also has to forge a relationship with new trainer Ben Davison, who was clear that he wants Fury to get in rounds and be active before rushing headlong towards a showdown with Anthony Joshua or Deontay Wilder.

This comeback will be functional, it’ll serve a purpose for Fury and give us an indication of how well he can still move after such long period without a competitive bout and without the discipline of being in camp, as well as how effective his power still is, albeit against a smaller man. But looking beyond his record, Seferi will not be the kind of threat you might expect a 23-1 (21) heavyweight to be.