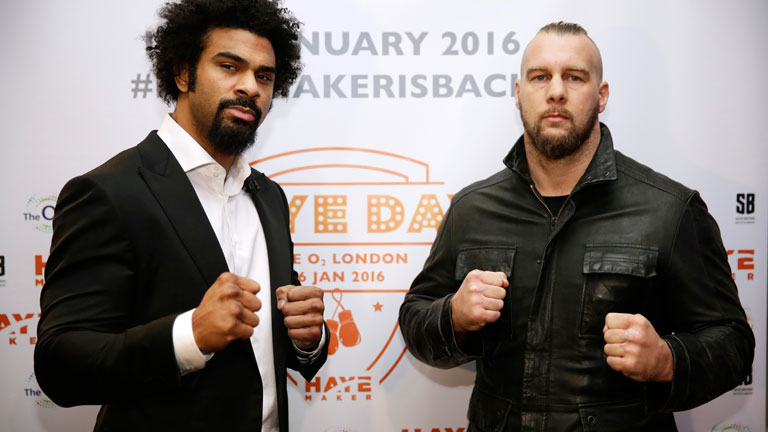 Here are some interesting facts about the next opponent for David Haye, Mark de Mori.

1. Endured ill health in his youth; was seemingly deaf until the age of four and experienced chronic asthma throughout his childhood. Severe attacks meant he spent several nights in the emergency department fighting for his life.

2. Taught himself to box by watching hours of fights on YouTube and then attempting to replicate the moves in his father Gino’s garage in City Beach, Perth. Acknowledges that his low-hands style has antagonised many of his opponents.

3. The high school he attended was the esteemed John XXIII College, a co-ed Catholic school in Perth, Western Australia.

4. Has spent the last two and half years living in Croatia, where he trains at the Odjebi training centre in Split. The only person who has not been scared off by his brutal regimen is a bodyguard to the Croatian President.

5. On trips to London, De Mori trains at a private gym in Chelsea.

6. His coach Marijo Sivolija is a former two-time Croatian Olympian (Athens in 2004, Beijing 2008) who won silver at the 2005 World Amateur Championships in China. At 34 Sivolija is only eight months older than De Mori, 33.

7. His wife Marijana is a Croatian powerlifting record-holder.

8. His grandfather came from Zadar, Croatia and his grandmother from Sondrio, Italy. They emigrated to Australia.

9. Former world heavyweight champ Tim Witherspoon has been a mentor for four and half years. Mark sends training/sparring videos to Tim, who offers advice.

10. His childhood hero was pro wrestler The Ultimate Warrior.

11. Is a big fan of Mike Tyson and Evander Holyfield, calling them “my favourite fighters for pure excitement”. Mark met Tyson once.

12. Says the second Tyson v Ruddock fight is one to the most brutal he’s seen. Tyson won on points over 12 rounds.

13. Used to be promoted by Don King. But when Bermane Stiverne, another King boxer, failed to beat Deontay Wilder for the vacant WBC heavyweight belt a year ago, King released De Mori.

14. Is now promoted by Warriors Boxing and managed by Mark Borao.

16. Says that as he ages he needs a lot longer to warm up and wake up his central nervous system.

18. He rescues street cats and pays for their operations.

19. Thinks cricket is boring and doesn’t watch it.