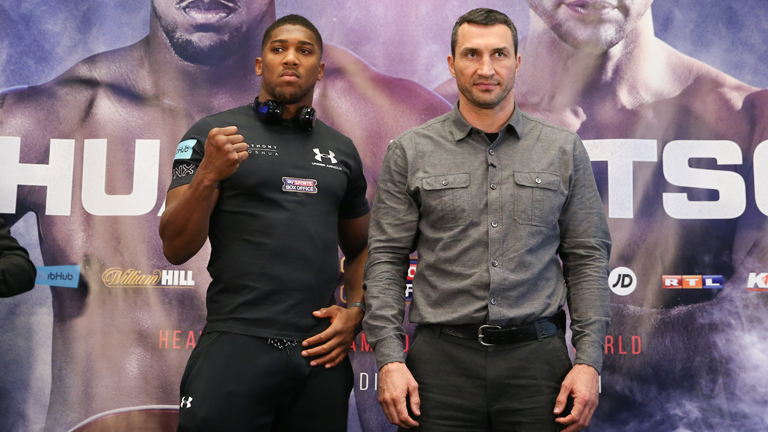 ANTHONY JOSHUA and Wladimir Klitschko are deep into the preparations for their huge heavyweight title fight at Wembley Stadium on April 29 and both have been getting some top sparring.

Klitschko has not fought since his upset decision loss to Tyson Fury in November 2015, so his sparring will be crucial in order to sharpen his reflexes and get his timing back.

After a picture was posted online, we now know that the former heavyweight ruler has been sparring American Gerald Washington, who lost to WBC champion Deontay Wilder in February.

The best lessons are learned in the ring. We have to push ourselves past our comfort zone in order to grow. #GeraldWashington#Klitschkopic.twitter.com/EHihTgTl9W

According to records, Washington is the same height (6′ 6”) and has the same length reach (82”) as Joshua, meaning Klitschko will have ample opportunity to prepare himself for someone of Anthony’s size. However, Washington does not carry the concussive power – nor arguably the speed – the unbeaten Londoner possesses.

Meanwhile in Sheffield, England, ‘AJ’ has drafted in former Klitschko victim Mariusz Wach for some of his sparring. At 6′ 7 1/2” he is slightly taller than the 6′ 6” Klitschko and his 82 inch reach is one inch longer than the Ukrainian’s.

Wach was dominated and beaten on points by Klitschko back in 2012. He was stopped in the 12th by Alexander Povetkin in 2015 but last month outpointed Erkan Teper.