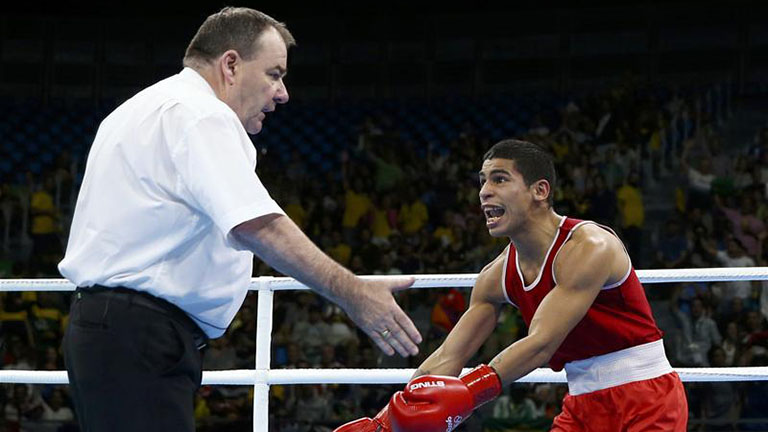 The seven top ranked AIBA judges have not featured in the last two days of boxing at the Olympic Games, observes John Dennen

A number of unnamed referee judges were stood down from the Olympic boxing competition yesterday because, according to AIBA, “less than a handful” of the judges’ decisions were not up to standard. There has been an outcry at several decisions here, including the Olympic heavyweight final.

The absence of the seven is deeply concerning in light of the controversy over judging at this tournament. These are, in theory, AIBA’s most highly trained, professional judges. Mik Basi in fact took the oath on behalf of the judges at the Opening Ceremony of the 2012 Olympic Games, Michael Gallagher for instance has been AIBA’s ‘referee and judge of the year’ in the past.