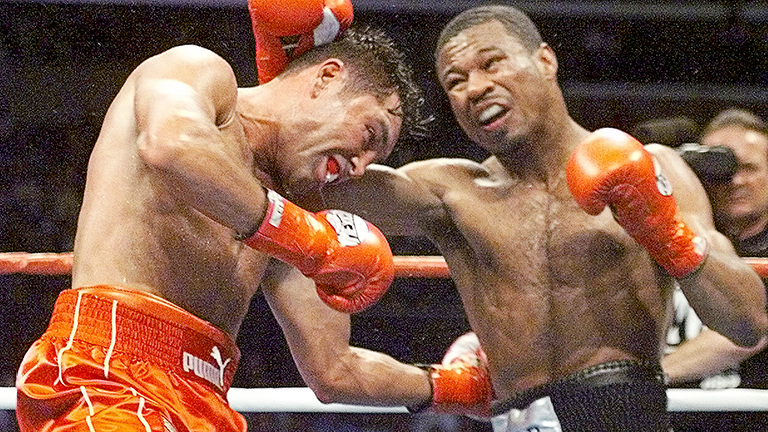 “I beat Chavez the first time, it was huge fight, he’s the legend, he’s the hero,” De La Hoya recalled.

“I was thinking, ‘Wow, I’m going to go back to east LA and they’re having this huge parade.’ I think it was the Mexican Independence parade so I’m sitting in a convertible car and I’m sitting on the car and the car starts going on and I see an egg flying and hit the car, boom!’ I’m like, ‘Oh god, here we go.’”

But their fight was significant. “It divided our cultures. It literally did,” he said. “We were divided. I remember my family being divided. But you know what the beautiful thing is now is all those people that booed me, that this and that, now they have kids that are born here in the US who understand what I went through. What I’m proud of the most is that I stuck to my guns and stuck to my roots and always believed I’m born in the US, I’m very proud of it and fortunate enough, but I have my Mexican roots. I always stuck with that. That’s why this fight was so big. That’s why this fight was so important. Our history is going to go down forever.”